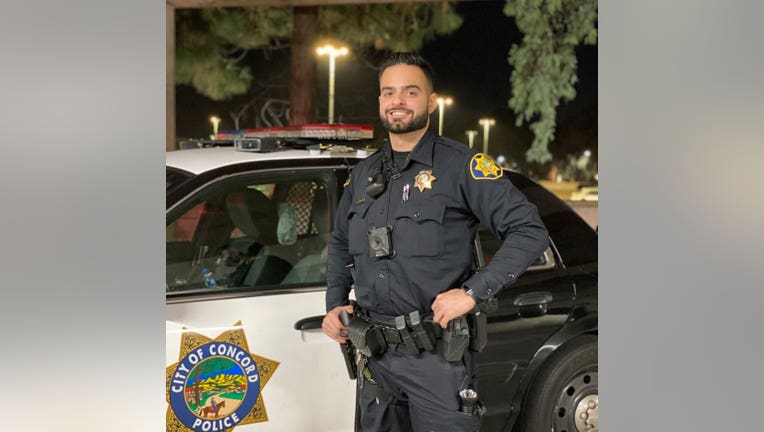 CONCORD, Calif. - A police officer revived a toddler he found unresponsive after being exposed to the opiate fentanyl in Concord on Friday night.

Concord police in a Facebook post Monday lauded the quick actions taken by Officer Aaron Khamosh, who a driver flagged down on Salvio Street Friday night frantically asking for help.

Khamosh found a 2-year-old in the back seat of a vehicle had stopped breathing and began CPR. When the toddler remained unresponsive, the mother revealed that the child "got ahold of some fentanyl" and needed Narcan, the drug used to reverse an opiate overdose, police said.

Khamosh administered two doses of Narcan and the toddler regained consciousness. Medics took the child to a hospital in Concord and eventually to UCSF Benioff Children's Hospital Oakland, while the mother has been arrested on suspicion of child endangerment and possession of a narcotic.

"We are grateful the baby will survive this ordeal and for Officer Khamosh's quick thinking," Concord police said in the Facebook post.