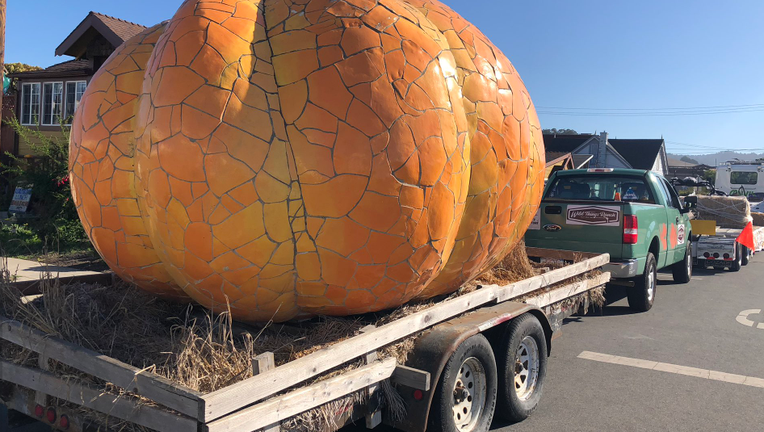 Forklifts and harnesses will be used to delicately place pumpkins, a 5-ton capacity digital scale, with proceedings assessed by of officials from the San Mateo County Agricultural Commissioner's Office of Weights, Sealers, and Measures.

The winning pumpkin will win a prize of $7 a pound from event organizers and sponsor Safeway.

The defending Half Moon Bay champion is Steve Daletas, whose 2,170-pound pumpkin in 2018.

A separate $1,000 prize will be awarded for Most Beautiful Pumpkin, as judged by audience members based on color, shape and size.

The weighing event is the kickoff to Half Moon Bay's Art & Pumpkin Festival on Oct. 19 and 20.

The champion pumpkin will be on display at the festival.

For information on the weigh-off and festival, call 650-726-9652 or visit www.miramarevents.com.