How to avoid COVID-19 scams

Here are ways that can help stop you from being swindled.

ARLINGTON, Va. - A Virginia contractor in February pleaded guilty to three counts of of making false statements, wire fraud and theft of government funds after he was awarded nearly $40 million in contracts from federal agencies to deliver N95 masks he didn’t have, ProPublica reported.

Robert Stewart Jr. obtained more than $38 million in contracts from the Department of Veterans Affairs and the Federal Emergency Management Agency to provide N95 face masks with his business, Federal Government Experts LLC, according to a February report from ProPublica and court documents.

Stewart promised 6.5 million N95 masks to both the VA and FEMA in early April last year during the onset of the COVID-19 pandemic, court documents said. He claimed to have the masks "stored securely in our climate control warehouse located in VA and PA," according to his plea agreement, but the masks were never delivered.

Because the masks were never delivered, the VA and FEMA did not actually pay Stewart and his company, but Stewart’s firm did obtain a loan of more than $800,000 under the Paycheck Protection Program, ProPublica reported.

The money from that program was from the Coronavirus Aid, Relief, and Economic Security (CARES) Act, a federal law enacted on March 29, 2020. Some of the funds from the act were intended to provide emergency financial assistance to millions of Americans who have been negatively impacted by the economic effects of the COVID-19 pandemic.

In April, Congress authorized over $300 billion in additional PPP funding to businesses impacted by the ongoing pandemic. 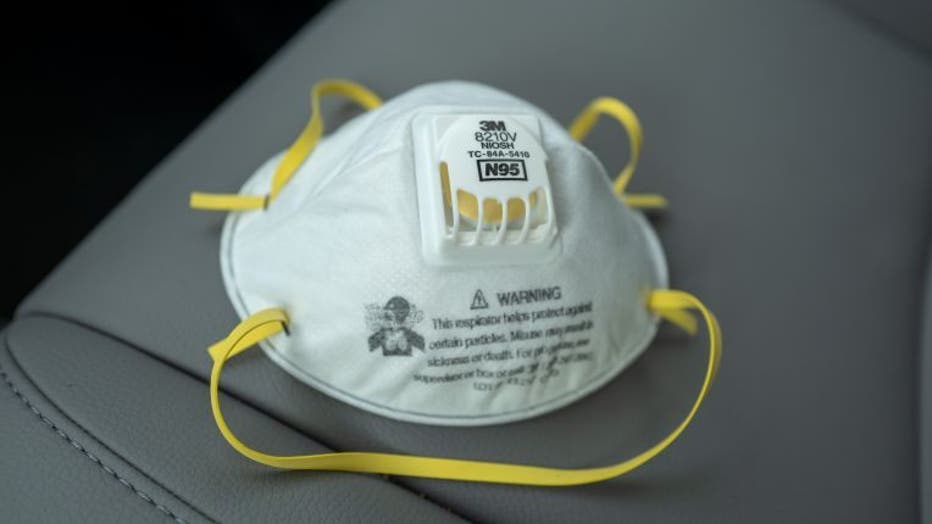 Stewart allegedly used the funds for various fraudulent means, including renting a private jet as well as giving himself approximately $60,000 in cash as wages.

He also allegedly lied about the number of workers his firm employed. ProPublica published an investigation into Stewart in May when reporters discovered that Stewart’s business had little to no supply chain experience.

In ProPublica’s report, journalists found that in the federal contracts awarded to Stewart, the price of each N95 mask was marked up 350% of the original manufacturer’s listing price.

"Mr. Stewart made intentionally false statements to the VA and to FEMA in order to be awarded lucrative contracts," U.S. Attorney William Fitzpatrick, head of the district’s Financial Crimes and Public Corruption Unit, told the court, according to ProPublica.

Stewart’s crimes represent an array of charges brought against people who have fraudulently sought money from various government programs aimed at helping Americans who were hurt financially during the pandemic.

In October, a North Carolina man was charged with fraudulently seeking over $6 million in Paycheck Protection Program (PPP) loans and receiving more than $1.7 million in benefits for companies named after "Game of Thrones" characters, the U.S. Department of Justice reported.

In July, a Florida man was arrested for allegedly using coronavirus small business aid money to buy a Lamborghini sports car for himself.

A report from the Office of Inspector General of the U.S. Small Business Administration published in late July detailed complaints of thousands of instances involving suspected fraud from financial institutions apparently receiving economic assistance from the Coronavirus Preparedness and Response Supplemental Appropriations Act and the Paycheck Protection Program and Health Care Enhancement Act.