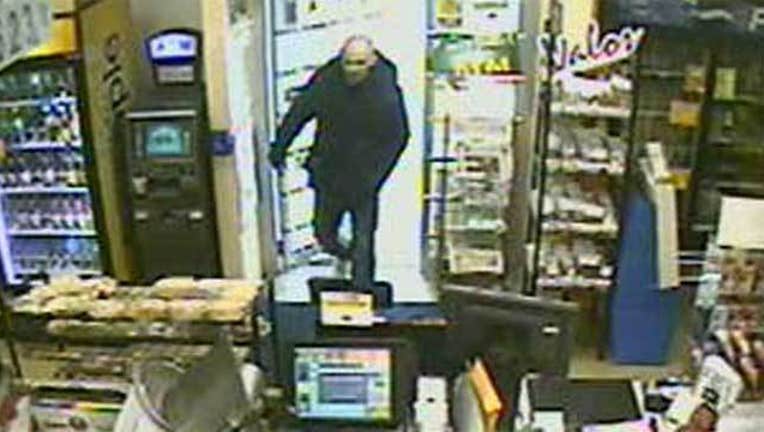 NEW KENSINGTON, Pa. (AP) — Police arrested a western Pennsylvania bank robbery suspect when he stopped for chicken-and-biscuits at a restaurant two blocks away.

Online court records don't list an attorney for 32-year-old Shane Lindsey who was arrested Wednesday about 20 minutes after he allegedly robbed the Citizens Bank in downtown New Kensington.

Police tell the Tarentum Valley News Dispatch that witnesses saw a bald man matching Lindsey's description run toward a restaurant after the heist. Police knew the business had surveillance video and went inside to view it hoping for clues as to where the suspect went — only to find Lindsey eating at a booth.

Police say the video showed the robbery suspect run past the restaurant and then pause before coming back and going inside. Lindsay had been staying in a nearby halfway house.