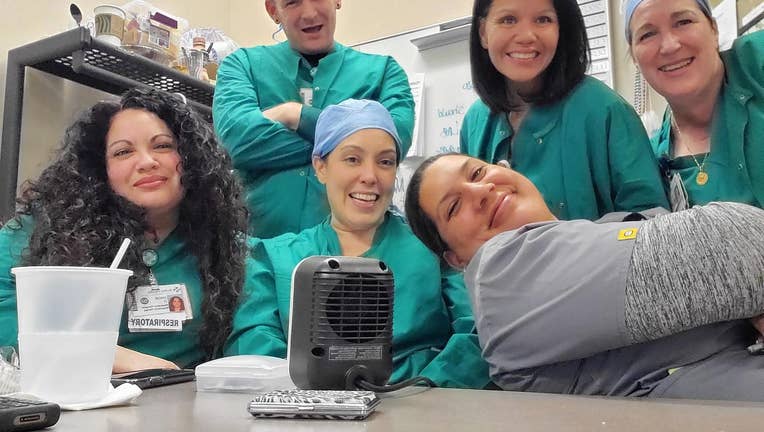 Dawn Polich (middle back row) and her colleagues at Eden Medical Center.

And for the eight years that the San Jose, Calif. couple has been apart, they have amicably shared joint custody of her.

But coronavirus has changed how they each view what is best for their young daughter, a bright, caring girl who is also an all-star softball pitcher.

Polich, 42, is a respiratory therapist at Eden Medical Center in Castro Valley who has contact with coronaivrus patients.

Agnew, 35, is a logistical analyst for a construction supply company, who works at home. He has a new wife and 4-month-old daughter. And he’s worried that his older daughter might get exposed to coronavirus if she visits her mother every week.

So this month, he filed for full custody of their daughter until the shelter-in-place is over. And for one week, Agnews’ wishes were granted.

“This is not a malicious thing,” Agnew said. “At all. I don’t see it as me trying to take her from her daughter."

Coronavirus and the fallout of what it’s doing to the economy, education, daily habits -  and now, parenting decisions - has changed the world as we know it. And it's forcing normally reasonable parents to face unreasonable choices.

This couple’s dilemma, while relatively new, is not completely unique. Similar scenarios are currently playing out from New York to Miami.

Parenting is hard under any conditions. Now, consider different parenting views on how to keep children safe during a pandemic.  Now, consider the scenario if one parent is a firefighter, doctor, nurse, respiratory therapist or anyone else on the front healthcare lines. And finally, now consider this: What if the parents are separated or divorced?

To a large extent, Polich can actually see where her ex is coming from. For a while, she even had their daughter living with him, when she got the flu in early March, and when she wasn’t sure if her hospital was taking all the right precautions.

“I can feel his concern,” she said. “But our particular hospital has handled this pretty well. The precautions that I take. The showers. We now have the ability to test patients and know within hours. I just don’t think it is enough for him.”

But she ultimately said that's what best for their daughter if the two of them can see each other in person during these hard and confusing times. 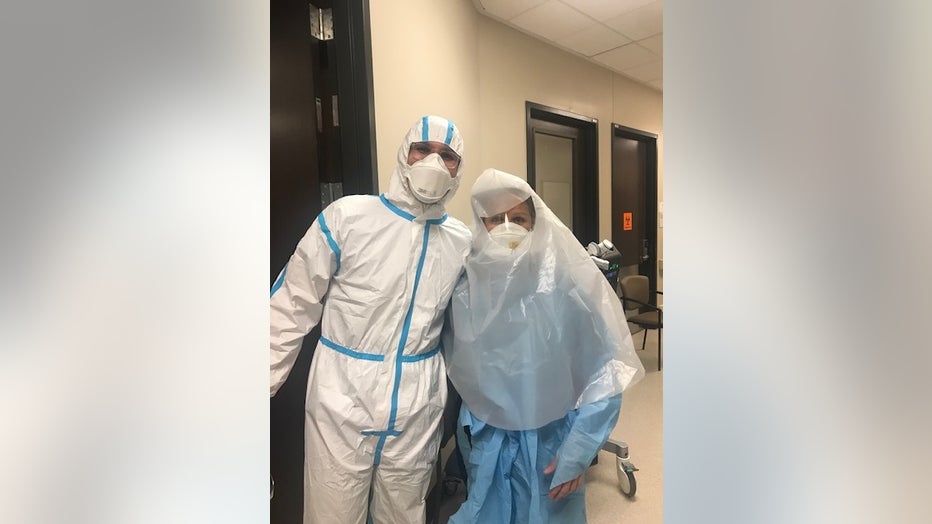 A study by the Centers for Disease Control and Prevention released this week found that while thousands of healthcare workers have tested positive for coronavirus, it also suggests that the transmission is relatively rare when the doctor or nurse has brief contact with the patient and wears the appropriate gear.

Still, Agnew worries. The disease is so new and the studies are so varied, it's hard to know what to believe.

So he filed for full physical custody of their daughter, offering Polich full access to her by text, Facetime and through window visits, just at least until the coronavirus restrictions are eased.

He stressed that he thinks Polich is a great mother and he has never had problems with her parenting in the past.

The only difference now? Their differing views on handling the coronavirus outbreak as it relates to their daughter.

After a week of thinking it through, Santa Clara Clara County Superior Court Judge Thomas E. Kuhnle on April 15 ruled against Agnew. Instead, the judge said that their daughter is allowed to go back and forth between her two parents’ homes.

“This is uncharted territory,” said Polich’s attorney, Rebekah Frye. "We haven't seen cases like this before. This judge said he never had."

Frye said that the judge decided that it was in the child’s best interest to see and be with her mother in real time.

“It really does send the message that parental contact, not through social media, Facebook and Skype, are really first and foremost in the court’s mind," Frye said.

Steve Agnew is worried that his daughter might become a coronaivrus carrier.

Parents elsewhere are also being put in similarly impossible situations. It's unclear if some might be trying to take advantage of the pandemic to further their custody cases, or they are like Polich and Agnew, who otherwise get along, but who say they just want to do what's best for their daughter.

And judges are now being asked to weigh in during these unprecedented times.

In New York, one judge sided with father in getting sole custody of their children, 11 and 8, saying it’s too risky to be with their mother, who is a New Jersey physician.

That was also the ruling of a judge in Miami, whose decision was overturned by an appeals court.

On the same day that Polich won shared custody of her daughter, the appeals court ruled that Dr. Theresa Greene, an emergency room physician in South Florida, can continue sharing custody of her 4-year-old daughter. That's even though her ex-husband had argued that she was  “significantly higher risk of contracting COVID-19 since she is an emergency room doctor and exposed to the virus on a daily, if not hourly basis.”

Some courts have begun to address and spell out this very issue. But there is no clear legal guidance in this new landscape. 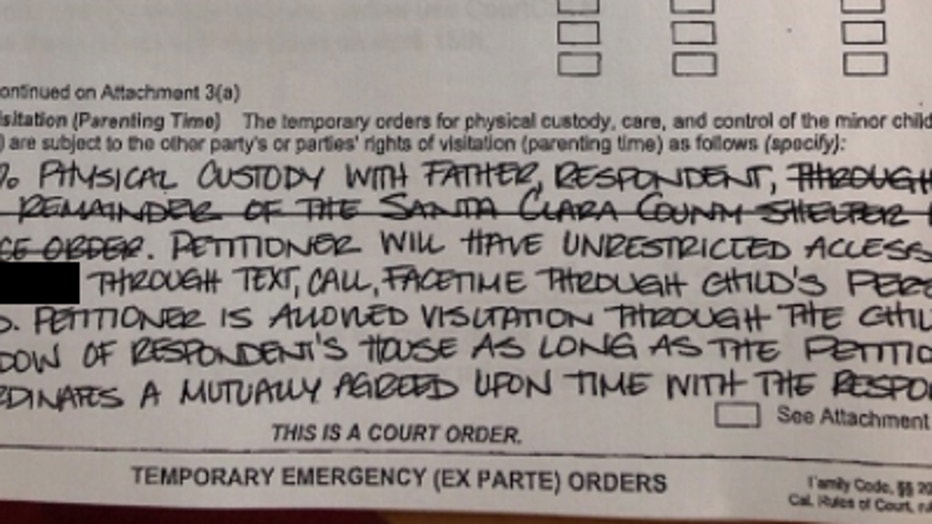 The New York Times found that the state district court in Davidson County, Tenn., said that the “primary residential parent” should take custody of the child within four hours of a shelter-in-place order and retain sole custody until the order is lifted.

The Massachusetts Probate and Family Court’s chief justice issued an open letter saying it was important that children spend time with both parents who had approved custody agreements. If a parent must self-quarantine or otherwise be restricted from contact, both parents should cooperate to allow time with children by video conference or telephone.

But those orders do not directly address what should happen when one parent is continuing to work on the front lines. The court system in New York, the epicenter of the coronavirus outbreak, has not issued any written child custody guidance at all, the Times found. Neither has California.

Polich acknowledges that this entire situation is “surreal.”

But all she can really focus on now is having her daughter at home back with her.

“We’ve watched movies. We had candy. We’ve woken up and have been been able to just sit and watch cartoons,” Polich said, adding these simple pleasures together is what her daughter "really needs.”

And while Agnew acknowledged he is frustrated with the judge's decision, he will abide by it.

He said he just hopes their daughter doesn’t become “the link” between the virus and others because she’s traveling between her mother’s home and his.

But despite the ruling, Agnew said he does not harbor any ill will toward his ex. And he respects the mother she is and the work she does.

"I don’t feel like this is me vs. Dawn," he said. "I don't. I feel like the virus is putting us in this situation.”