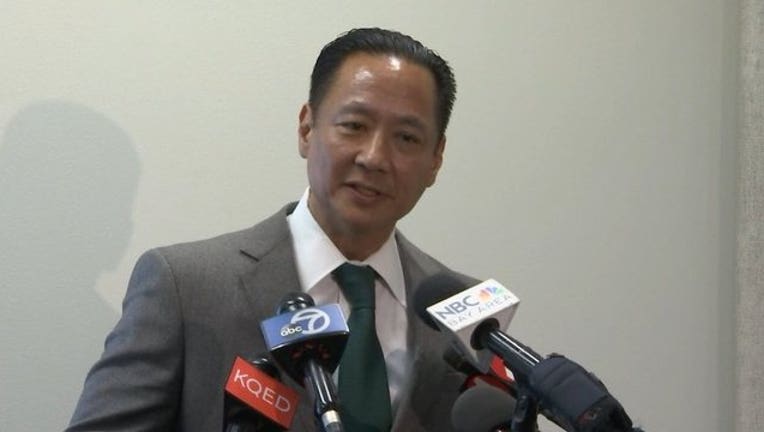 San Francisco Public Defender Jeff Adachi died of a heart attack at the age of 59. Mayor London Breed has released a statement on his passing Friday night.

Former San Francisco Public Defender Jeff Adachi had cocaine in his system when he died last month, according to the San Francisco Medical Examiner's office.

According to the autopsy report, Adachi's cause of death was "acute mixed drug toxicity with cocaine and ethanol." The coroner also said that Adachi had a heart condition that contributed to his death.  The levels of cocaine and alcohol were consistent with having been taken at some point during the date of his death on February 22. Adachi's death was ruled accidental.

Katy St. Clair, a spokeswoman for the Pubic Defender's office declined to comment on the autopsy report. “Out of respect for the family, our office is not commenting on what we believe is a private, medical matter," she said. When asked if anyone in the office was aware of Adachi’s cocaine use, she replied, “no comment.”

According to the San Francisco Public Defender's office, 59-year-old Adachi was having dinner with a friend in North Beach when he began to have trouble breathing. Adachi was brought to an apartment near Coit Tower, and then taken to California Pacific Medical Center, where he was pronounced dead.

According to a police report obtained by KTVU, a woman identified as "Caterina" was having dinner with Adachi when he began complaining of stomach pains so they took an Uber back to the apartment at 46 Telegraph Place. Caterina said that Adachi told her to go to the store to get an unspecified medication, but he then became unresponsive so she called for paramedics on Adachi's phone. Caterina told the dispatcher that he drank two glasses of wine, had a stomach ache, took a pill and became unresponsive.

Adachi, who started in 1987 as deputy public defender in San Francisco, was first elected public defender in March 2002 and won re-election four times after that. He was widely hailed as a champion of defendants who needed help the most.

Adachi is survived by his wife Mutsuko and daughter Lauren.