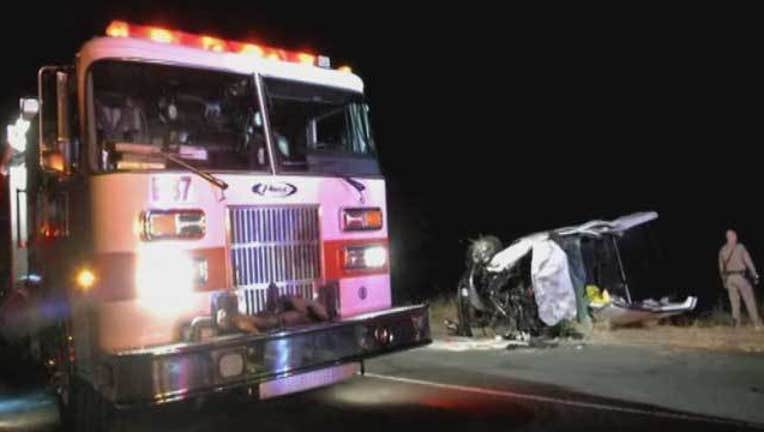 FAIRFIELD, Calif. (KTVU and wires) -- The Solano County coroner's office has identified the three people who died when their pickup truck overturned on an Interstate Highway 80 off-ramp in Fairfield early Sunday morning.

A fourth occupant of the truck suffered major injuries and was taken to a hospital, the California Highway Patrol said.

The pickup was traveling west on I-80 and exited at the Manuel Campos Parkway off-ramp at an unknown high rate of speed around 12:30 a.m., the CHP said. The driver was unable to navigate a turn and the pickup ran off the road and overturned, the CHP said.

The crash shut down the off-ramp for three and a half hours.

The deceased were identified as Chad Romaine, 29, of Vacaville, Regina Dixon, 31 of Fairfield and Katie Anderson, 31, of Jackson Md.