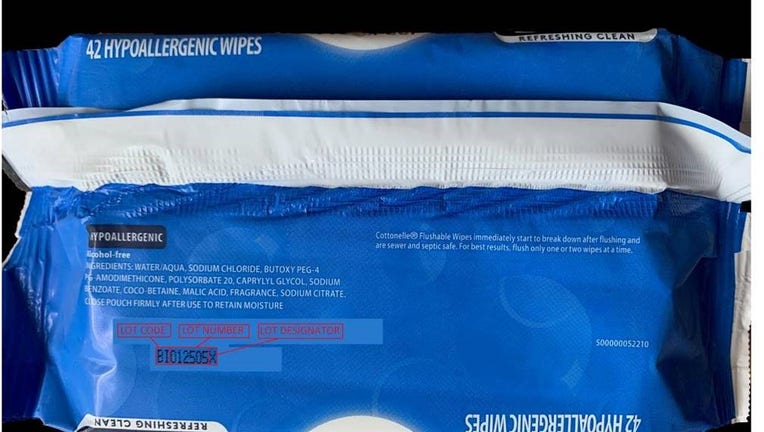 Cottonelle flushable wipes are facing a recall over concerns they have been contaminated with bacteria.

Kimberly-Clark, which manufacturers the wipes, announced the recall of its Cottonelle Flushable Wipes and Cottonelle GentlePlus Flushable Wipes because the products may contain Pluralibacter gergovaie, a bacterium “which is a cause of infection in humans, can be an opportunistic pathogen, and is part of the normal intestinal flora,” according to a company announcement on the recall.

“Individuals who have a weakened immune system, suffer from serious pre-existing conditions, have been treated surgically, or belong to another sensitive group of persons are at particular risk of infection,” per the announcement.

However, at the time, there is a “low rate of non-serious complaints, such as irritation and minor infection, reported for the affected wipes.”

The wipes, which were sold nationwide, as well as in Canada and the Caribbean, were manufactured between Feb. 7 and Sept. 14.

No other Cottonelle products are affected by the call-back.

Consumers who are concerned they may be in possession of an affected product can check the lot number and read more information about the recall here.