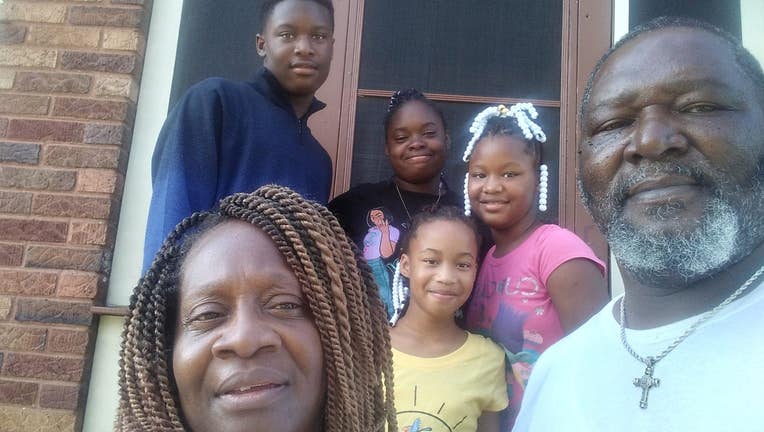 CINCINNATI, Ohio - A couple has adopted two sets of twins in one day in order to keep siblings together while "spreading the love."

Karen and Tobias Thompson, both 55, from Cincinnati, Ohio, adopted 14-year-olds Wilnya and William and 9-year-olds Shania and Sharleathea last week.

The couple had been caring for William and Wilnya, who are Karen’s twin nephew and niece, since 2015, Karen told Fox News.

Roughly one year later, the Thompsons began fostering William and Wilnya’s half-sisters, Shania and Sharleathea, who are also twins.

"We had an empty house, an empty nest, and then we ended up with the four," Karen told Fox News.

Karen and Tobias, who were married in 2014, already had children from previous marriages. All seven of their kids are adults now.

The Thompsons also have 28 grandchildren and three great-grandchildren, so even though they didn’t have children living in their house when they got married, they still had plenty of young visitors.

"There’s never been a dull moment. But my grandkids, I can send them back home," Karen said.

"Now that we have our own kids again and are raising them together, it’s a good thing, but it’s a challenge, too," she added.

About a year into their marriage, the Thompsons found out that William and Wilnya were having some trouble at home, so Karen and Tobias took them in. Soon after, the couple heard about Shania and Sharleathea, who were in the foster system and were constantly being moved around, so the Thompsons let them come visit.

"They didn’t want to go home, back to the other foster home," Karen said. 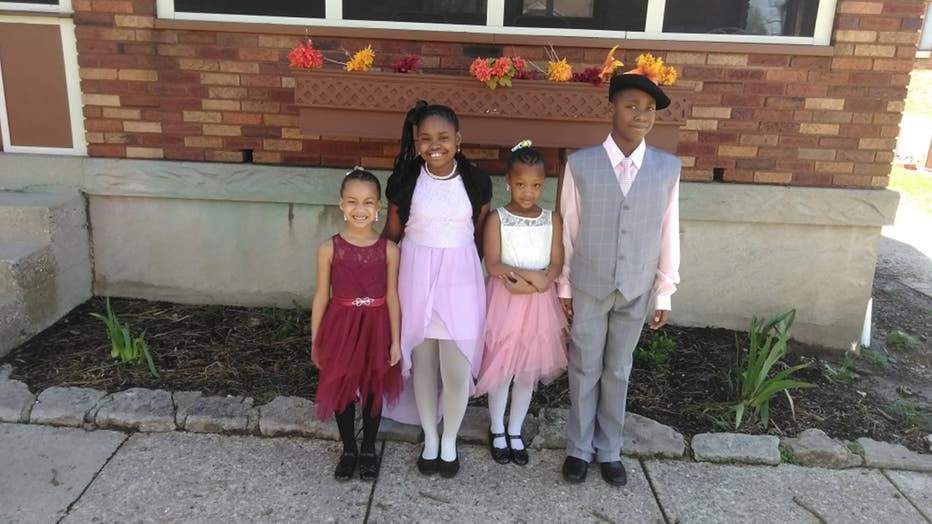 Shania, Wilnya, Sharleathea and William are pictured from left to right. (Courtesy of Karen Thompson)

That’s when Tobias recommended they become foster parents so they could care for Shania and Sharleathea, too.

"They’re family, so we might as well keep them together," Karen said.

Though it’s been a "rollercoaster" adjusting to having multiple children living in the house again, Karen also said it’s been worth it.

She said that at first, it wasn’t easy caring for all four children, who had experienced difficulties in their previous homes and in foster care.

But over the last five years in the Thompsons’ home, the children have made a lot of progress.

"You can see the difference," Karen said. "They have been through a lot… this is the light at the end of the tunnel."

And, of course, the adoption on Sept. 9, was a big part of that.

"It was wonderful," Karen said of that day. "It was just wonderful."

Karen said her and Tobias’ biological kids are all "really doing good in their lives," so adopting the two sets of twins was their way of "spreading the love."

"We give them that time and attention," she said. "Even though we have two full-time jobs, we still make time for them."