A CDC study says that the actual number of COVID-19 cases in many areas may be more than 10x higher than what has been reported.

WASHINGTON - The number of reported coronavirus cases in the U.S. vastly underestimates the true number of infections, according to data released Tuesday by the Centers for Disease Control and Prevention.

The new CDC study says that the true rates of COVID-19 were more than 10 times higher than reported cases in 10 different regions of the U.S. between late March to early May. 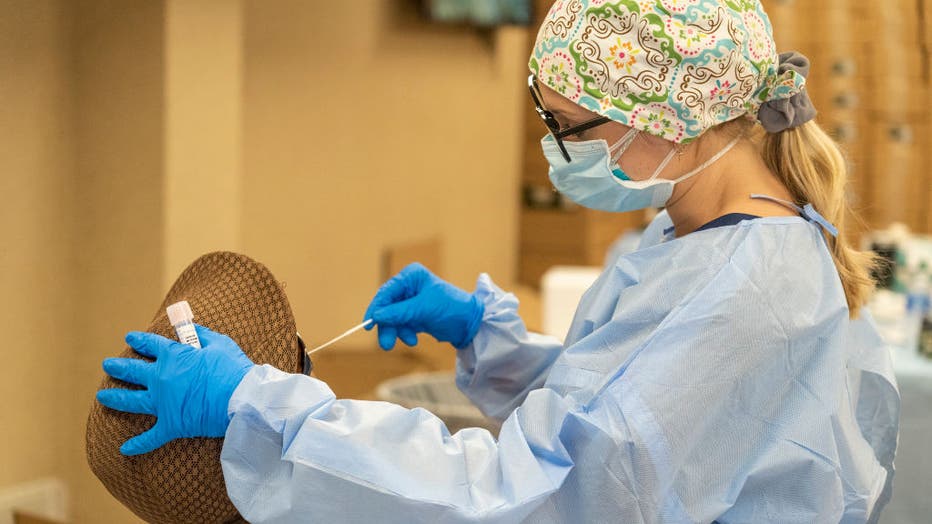 “The findings may reflect the number of persons who had mild or no illness or who did not seek medical care or undergo testing but who still may have contributed to ongoing virus transmission in the population,” the study authors wrote.

Because many people don’t know that they are infected, public health experts say it’s important for everyone to continue taking steps to reduce the risk of transmission — including physical distancing, hand-washing and wearing a facial covering in public.

Still, most people in the 10 regions had not been infected — further indicating that the population is nowhere near achieving herd immunity, or the level at which most of a population is immune to an infectious disease due to natural immunity or through a vaccine. For COVID-19, scientists have estimated this threshold to be around 60% of people in an area who would need to become infected.

But as the virus continues its spread around the world, researchers have also found increasing evidence that herd immunity may not be feasible.

Spanish researchers say herd immunity for COVID-19 is not achievable

The nation's top epidemiologists, along with Spanish health authorities, found that only 5% maintained antibodies developed from the virus.

A different study published on July 11 by researchers at King’s College London found that antibodies detected in the human body which fight the coronavirus declined after just a few weeks, leaving the possibility of herd immunity out of the question.

RELATED: COVID-19 likely to be around for ‘decades,’ UK scientist says

The CDC data also stated that the results should not be interpreted to mean that people who have tested positive for having antibodies are immune — and many could still be susceptible.

The agency also noted some limitations of the study, including that those who left their homes during lockdown orders to get tested or were hospitalized may not be representative of the total population.

The study was published Tuesday in JAMA Internal Medicine, echoing the results of a similar, yet smaller study released in June. The CDC plans to continue analyzing results in the studied regions to see how the prevalence changes over time.

RELATED: US accuses Chinese hackers in targeting of COVID-19 research