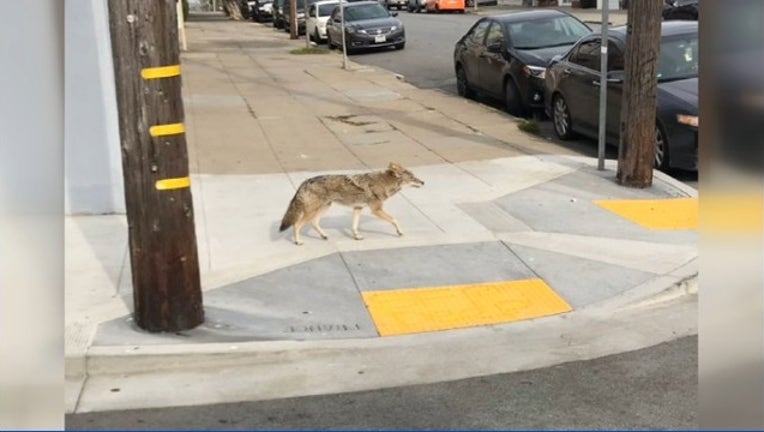 A coyote was seen wandering down France Avenue in San Francisco on Thursday. Photo: @SkiMaskBoris/Twitter

SAN FRANCISCO (KTVU) - A coyote was seen wandering around San Francisco streets on Thursday afternoon in the city’s Excelsior District.

The animal was heading up France Avenue around 2 p.m. in the area of London Street about eight blocks from the Crocker Amazon Soccer Fields in John McLaren Park, according to a witness who shared video with KTVU.

In October last year, a Coyote was spotted prowling the city streets in the daylight between Gough and Octavia streets. And then in September, two were spotted near Lafayette Park in Pacific Heights during the morning hours.

For information on what to do if you see a coyote, visit the Larkspur-based “Project Coyote.”