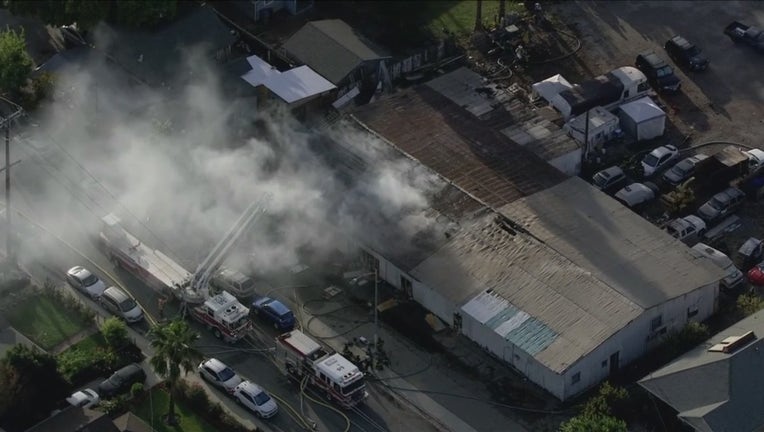 SAN JOSE, Calif. - Firefighters in San Jose have knocked down a 2-alarm structure fire at a commercial property along Kammerer Avenue on Friday.

The blaze broke out just before 4:14 p.m. at 1717 Kammerer Avenue. It quickly went to 2-alarms soon after the first crews arrived on scene.

Crews knocked the fire down in a little more than an hour's time, but said it was not yet under control.

There's no word yet on what sparked the blaze.

At least one ambulance was staging at the scene. The fire department said there were no injuries associated with the fire and no additional structures were threatened.

San Jose police are also responding to direct traffic in the area.