LOS ANGELES - Light winds and scattered thundershowers early Thursday helped calm the flames of a huge wildfire that prompted evacuations north of Los Angeles, and firefighters hoped to rein in the blaze before temperatures spike later in the day.

An enormous plume of smoke was visible across much of Southern California after the fire broke out Wednesday afternoon in dense forest land.

The blaze exploded in size within hours on brushy ridges, including some areas that had not burned since 1968, fire officials said. By Thursday morning, the flames had consumed nearly 16.5 square miles of timber and chaparral shrubland. There was no containment of the fire.

About 100 rural homes were evacuated in the Lake Hughes area of the Angeles National Forest, some 60 miles north of downtown Los Angeles. 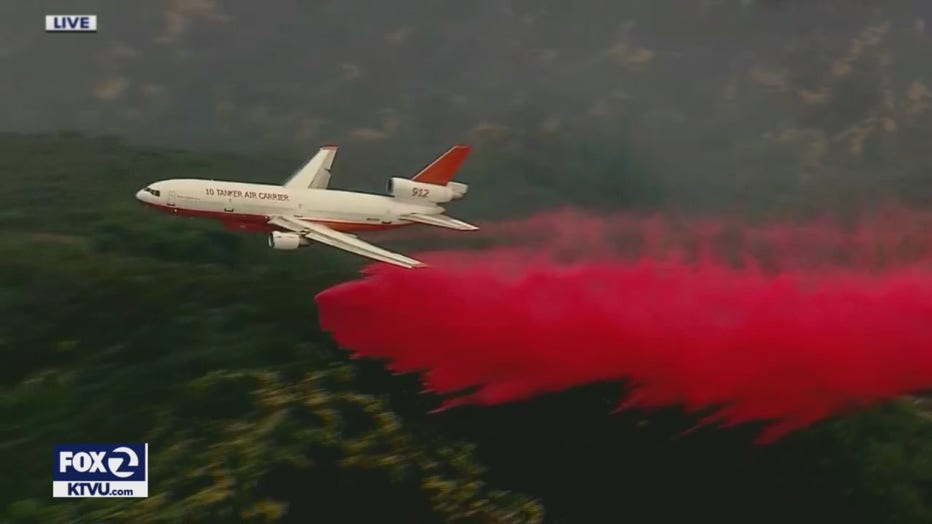 Preliminary damage assessments found that at least three structures burned. It wasn't immediately clear if they were houses.

The fire was being fed by tinder-dry brush in steep terrain, but its ferocity on Wednesday approached that of wind-driven blazes that usually erupt when gusty Santa Ana winds arrive later in the year, said county Deputy Fire Chief David Richardson.

Officials were preparing for the possibility of extremely dangerous fires on Thursday as heat increases and humidity levels drop, fire officials said in a statement. The area was expected to have temperatures in the mid-90s or higher through the weekend.

Evacuation centers were designated for residents and animals, but because of COVID-19 concerns, people were told to stay in their cars in the parking lots of the centers.