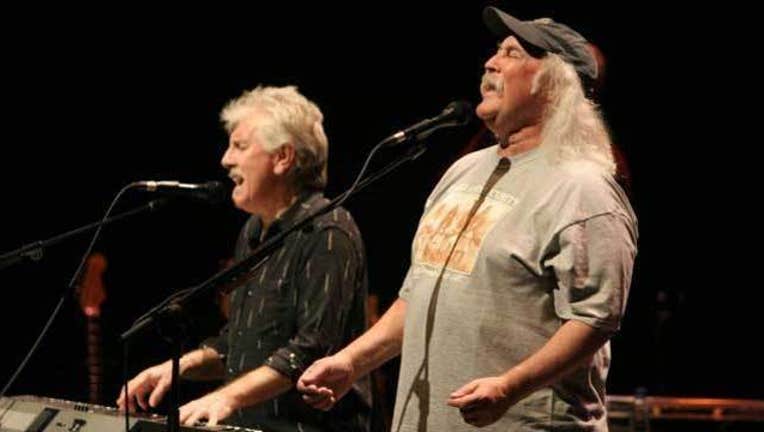 Two-thirds and one-half respectively of two of the biggest rock supergroups to emerge from the '60s perform for a good cause at the Nourse Theatre in San Francisco Saturday when Crosby and Nash headline this benefit for the Seva Foundation.

Crosby and Nash have periodically toured and recorded together as a duo since the '70s, first sharing the stage and playing acoustic on the road after the release of their respective 1971 solo albums -- Crosby's classic If I Could Only Remember My Name and Nash's Songs for Beginners. The pair would go on to release several studio albums over the course of the decade. The friendship and artistic bond cultivated by their work with CSN and CSNY during the 1990s and 2000s led to the recording of double album Crosby & Nash in 2004, their first studio collaboration as a duo in almost 30 years. For this benefit for the Seva Foundation, the duo will be joined by famed Woodstock clown and activist Wavy Gravy and folk singer Joe Rafael.