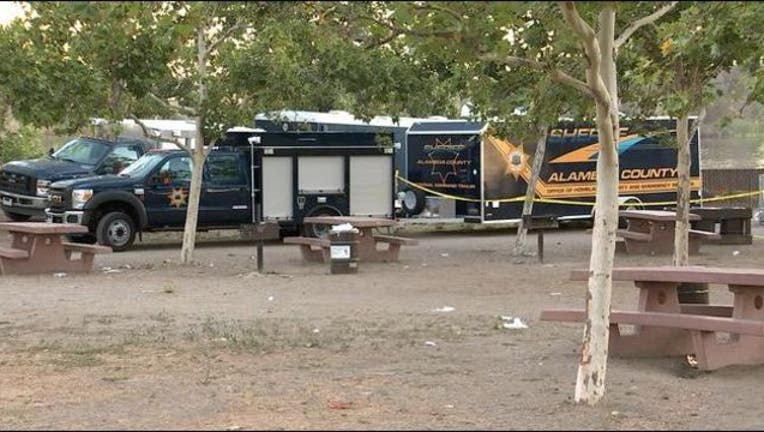 The two men were initially reported missing around 7 p.m. Sunday after they fell into Shadow Cliffs Lake, according to the East Bay Regional Park District.

The two were on a raft with a group of family members in the middle of the lake, in an area outside of the lake's designated swim area that is about 40 feet deep, park district officials said.

Good Samaritans tried to help the father and son after they fell in the water, but were unsuccessful.

The men did not know how to swim and were not wearing life jackets, according to the park district.

Dive teams from both the park district and the Alameda County Sheriff's Office immediately began searching for the two and recovered their bodies the following morning.