Led Bradshaw has loved drawing cartoons since he was a child. His son’s autism gave him a unique opportunity to turn his son into a comic book superhero. (Source: Led Bradshaw/Jetpulse Comics)

Like so many fathers, Led Bradshaw has the pleasure of seeing his son take an interest in his life-long obsession: superheroes and comic books.

While growing up in Brooklyn, Led said his peers talked about becoming firefighters, police officers and astronauts — but he just wanted to draw cartoons.

As fate would have it, he would do just that once his son Jake was diagnosed with autism — a condition on a spectrum of neurodevelopmental disorders characterized by challenges in verbal and non-verbal communication, impaired social skills, speech and repetitive behaviors.

RELATED: ‘Take a chance on me’: 20-year-old with autism posts letter on LinkedIn to future employers

Led said Jake was diagnosed when he was about 3 and a half years old. He noticed Jake would play more by himself than with other children and he wouldn’t return smiles when interacting with adults.

He said Jake was nonresponsive to his name, making his parents question his hearing.

"It was one of those things where we wanted to check his hearing, but we knew that he could hear," Led said. "He could hear things that we couldn’t. He was just concentrating on other things."

Dad figured Jake would eventually grow out of it, but then the autism diagnosis came. 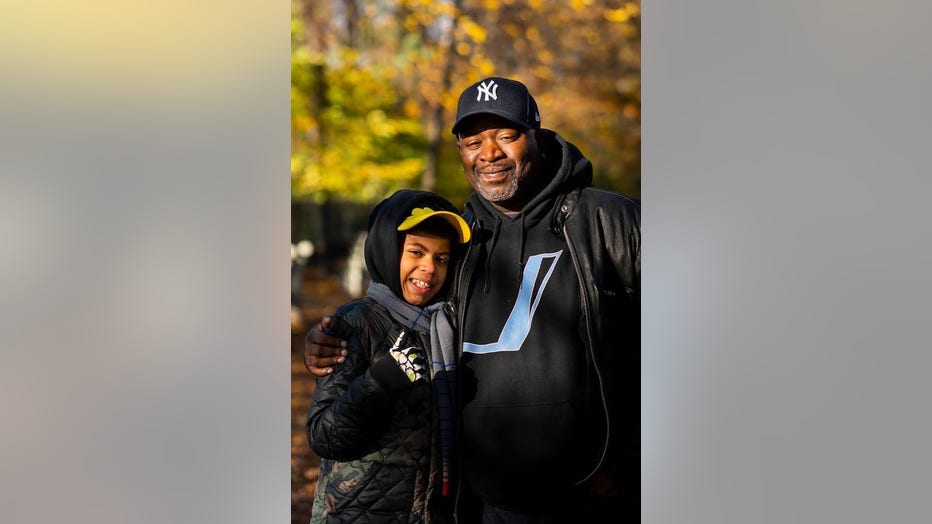 Led Bradshaw admits he didn't know very much about autism before his son Jake was diagnosed. But he quickly learned he could relate to Jake through art therapy. (Source: Led Bradshaw/ Jetpulse Comics

Admittedly, he didn’t know much about the condition at all before that. His best point of reference was Dustin Hoffman’s performance in the 1988 film "Rain Man."

"I remember doing an awful lot of research," Led said. "One of the things I wanted to find out was what exactly autism is. I didn’t want to jump to any conclusions. I just wanted to find the best way to help him."

That’s where art therapy came into the picture. His research taught him that autistic children can learn to communicate and understand their emotions through art therapy exercises.

"As an artist, I figured it was a win, so I would incorporate art therapy exercises into his daily routine," Led explained. "So for about 25 to 30 minutes a day, we would practice different drawing exercises. One would be identifying his emotions or drawing with different colors — expressing emotions through color."

There was a superhero exercise meant to highlight Jake's positive traits — which is when the foundation of Jetpulse Comics emerged. (Source: Led Bradshaw/Jetpulse Comics)

Jetpulse Comics take place in the Jetpulse Universe and follow the adventures of Jake Jetpulse, a young boy drawn in the likeness of Jake Bradshaw who uses autism as his superpower.

"The Jetpulse Universe is entirely Jake's imagination," Led said. "So, the wonderful thing about the story is that it all comes from him."

Jake has collected a plethora of superhero costumes over the years. But when Jake played dress-up, Led said he wasn’t pretending to be major characters like Superman or Spider-Man. He was portraying himself as a superhero.

"In the beginning, I would take the voice recorder on my phone and I would record him as he’s playing — hearing these characters, engaging him and asking him questions like who these characters are, what are their special powers," Led recalled. "I would learn all of this while he was playing, and it was a way that we connected — in that sense."

Dad took all of that information and started piecing it together. Before long, the Jetpulse Universe was born.

The supporting characters are based on people Jake has either met or imagined in real life. Marrz the Troll is based on a nightmare Jake once had. 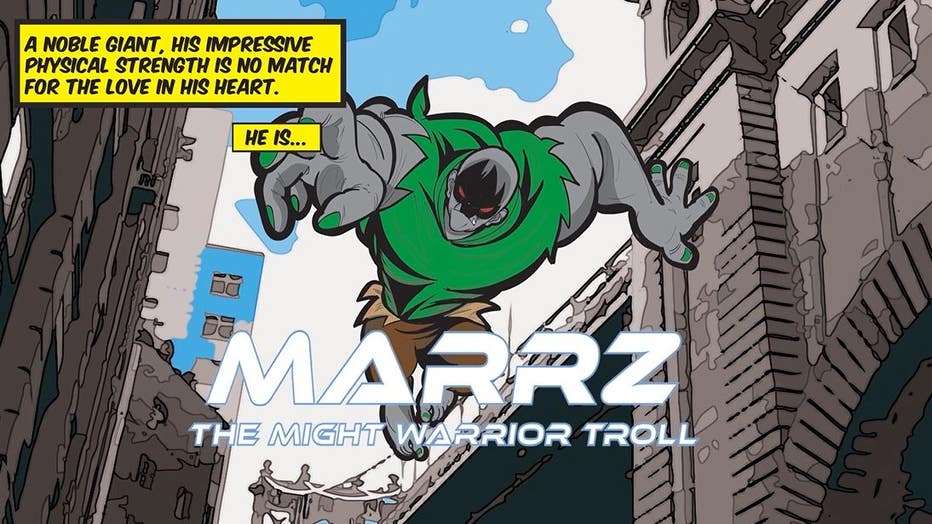 Marrz the Troll is based on a nightmare Jake once had. (Source: Led Bradshaw/Jetpulse Comics)

"By him drawing his nightmare and naming it, it was giving him his power back so he wouldn’t be afraid," Led explained.

Julia the Super Genius derives from a real-life lesson Jake had to learn about sharing. Led said Jake had an issue with another student regarding a toy. In the comic book, he crafted a story where Marrz meets Julia and steals her lunchbox. 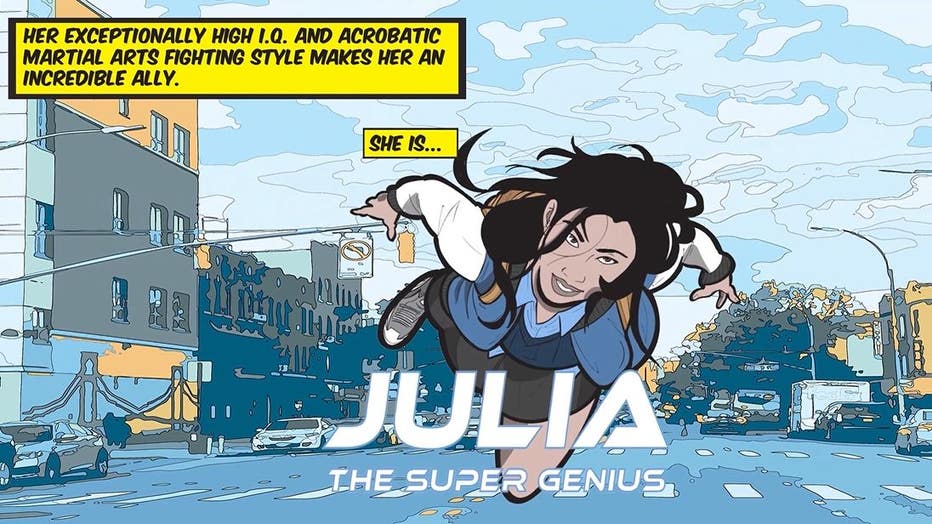 Julia the Super Genius derives from a real-life lesson Jake had to learn about sharing. (Source: Led Bradshaw/Jetpulse Comics)

She ultimately forgives him and ends up sharing her food with him, befriending Marrz in the process.

"This is one of the ways I introduce certain things into the world with Jake, like social things, like sharing or bullying," Led said. "I can translate that into these superhero stories and help him understand in that superhero way, in that way in which we communicate."

Jake said if he could have one superpower, he’d chose to shoot electric laser beams from his eyes — clearly inspired by Superman’s heat vision.

But in just one conversation, it won’t take long to realize Jake’s already got abilities just like his comic book counterpart. Autism isn’t his disability. It’s his superpower.

Jake Bradshaw doesn't look at his autism as a disability. It's his superpower.

"It’s OK if you have autism. You’re still unique and you can do anything because you’re still blessed, no matter what — if you’re low-level, high-level. Nothing is going to get in your way. Be happy," Jake declared as his father looked on with immeasurable pride.

Led struggled to come up with words to match the wisdom Jake had just shared. But in his parting words, he pleaded with neurotypicals — people not on the autism spectrum — to just give autistic people a chance in life.

"I would love for neurotypicals to understand that autism does not define an individual," he stressed. "It does not limit anyone. It does not mean that they can’t do anything or do it well. People on the autism spectrum are exceptional people who perceive the world just a little differently than we do. And that’s perfectly OK. This is the reason I wanted to create the website."

The Jake Jetpulse website provides access to all of the Bradshaws’ comic books, videos, workbooks, apparel and even face masks — as well as educational resources and a forum for people on and off the autism spectrum.