A Daly City gas station was nearly flattened during a powerful storm that swept across the Bay Area Wednesday.

DALY CITY, Calif. - A Valero gas station in Daly City was nearly destroyed by an intense atmospheric river and bomb cyclone that swept through the Bay Area on Wednesday.

The gas station, located at King Drive and Callan Boulevard, took a beating as intense winds toppled the canopy covering the fuel pumps, knocking two of the fuel stands out of place, video shows.

A convenience store is attached to the Valero station, but it's unclear whether it sustained any damage during the strong weather system. 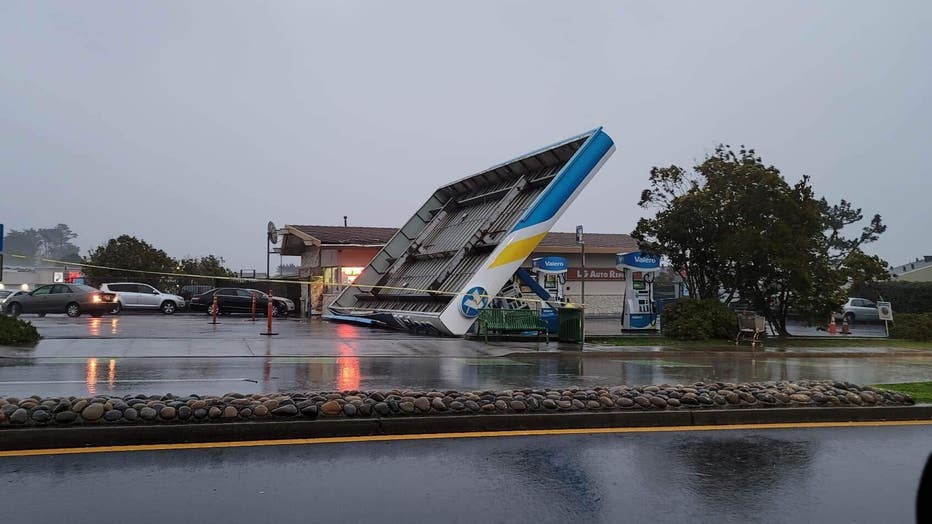 A dangerous cyclone forming off the coast of California is expected to unload torrential rain, damaging winds, and flooding on the region.