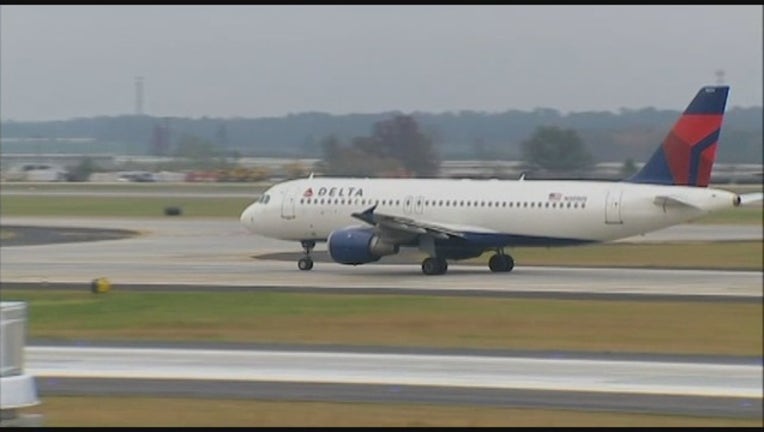 ROMULUS, Mich. (AP, KTVU) - ROMULUS, Mich. (AP) - A deaf couple from California who are activists for the hearing impaired allege that a gate agent for Delta Air Lines discriminated against them at Detroit Metro Airport.

Socorro Garcia and Melissa Yingst are co-founders of Alma de Muxeristas, a group of Hispanic feminist activists with hearing issues. They said they tried to communicate with an agent Sunday about getting seats next to each other on a flight to Los Angeles, but the agent threw away the paper they were writing on and rolled her eyes.

The airline said there were conflicting views of the incident but that it was investigating.

Garcia said in a Facebook video that he tried to retrieve the paper but that the agent called police and alleged Garcia assaulted her.

"Loss for words," Garcia said in sign language on the video. "What did we do wrong?"

The couple was ultimately denied boarding and booked another return flight through a separate airline.

"This really isn't about us not being able to sit together but how they handled communication and refused to provide us access to the needs we asked for," Yingst said in sign language, according to a transcript of her remarks posted on Facebook.

Delta said it's looking into the incident and working with the parties involved to learn more about what happened.

In a statement released to KTVU, the airline said, “Delta is in contact with two customers who reported having difficulty communicating with a gate agent prior to their flight. We are reviewing the situation with our Detroit team and will work with these customers to better understand what transpired."

The airline added, "We take situations like these very seriously and as part of our culture of continuous improvement, we are using this as an opportunity to learn.”