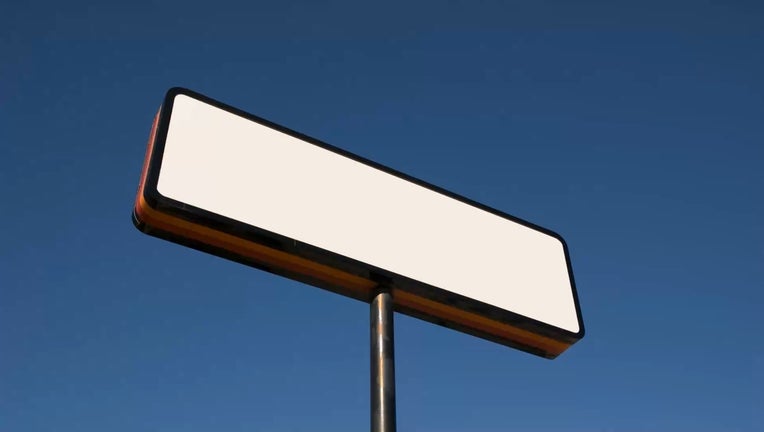 File Photo. An electronic billboard shines in white against a blue sky.

SAN JOSE, Calif. - A plan to allow up to 90 digital billboards in downtown San Jose has some residents fired up, citing worries about aesthetics, safety and even bird health.

"The hazards of electronic billboards are manifold," Puragra "Raja" GuhaThakurta said at a recent city meeting. "Some of you have brought up driver distraction and the damage it does to the lighting of the environment, what it does to animals and birds and their ability to thrive in this wonderful environment that we call home ... there's well documented evidence of the negative impacts on human health."

GuhaThakurta is a lighting liaison for Lick Observatory and the Department of Astronomy and Astrophysics at UC Santa Cruz. He worries about how the signs would increase the amount of light pollution in the San Jose sky.

"Our kids are being deprived of the wonders of the universe above us because we are growing up in this light-polluted environment," he said. "We care about other kinds of pollution but not enough is done about mitigating against light pollution."

The debate over billboards began in 2018 when the San Jose City Council approved a plan to raze traditional billboards to make way for electronic signs. Mayor Sam Liccardo and Councilmember Lan Diep opposed, citing the need for more community input.

Councilmember Johnny Khamis said the city is trying to address some of the community's anxieties over light disturbance by implementing regulations on new signs. Khamis said the billboards will have a curfew, meaning they'll be shut off 12 a.m. to 6 a.m. so people can sleep.

"There are measures that we are putting in place for these billboards to try not to annoy people," Khamis said.

Further questions related to health and light pollution are expected to be answered in an upcoming environmental impact report. But longtime Bay Area residents such as John Miller are unclear on how the public benefits.

"I suggested to the planning department, that if you're really worried about helping the local economy," Miller said, "why don't you require the billboard companies to only rent advertising space on these billboards to local businesses?"

Khamis and Councilmember Raul Peralez advocated for the plan in 2018 because of revenue the city could reap from electronic billboards. Khamis said the city stands to make hundreds of thousands a year by adding billboards to city-owned property.

"It increases the revenue without taxation - without having to tax the public," Khamis said.

When it comes to private property, lawmakers promise the removal of "visual blight" created by paper billboards. For every one electronic billboard or sign erected, the city must take down four traditional billboards, according to Aparna Ankola, who is on the project's planning staff.

"The regular signs are an aesthetic blight and definitely are not a pleasant thing to look at," said Shani Kleinhaus, an environmental advocate with the Santa Clara Valley Audubon Society. "But the lighted electronics are a biological disrupter and they destroy people's well-being and safety. And so this is why the community is in uproar over this."

Kleinhaus said she also worries about the impact the bright billboards might have on birds.

An amendment to the Highway Beautification Act in 1978 made it more difficult for San Jose to remove existing billboards. If the city wanted to tear down a sign, it needed to pay cash compensation to billboard owners. The city then instituted a local billboard ban in 1985 to prevent the erection of new signs.

The ban was reminiscent of the initial Highway Beautification Act of 1965 which led to the removal of signs along interstates. Currently, Highway 87, downtown San Jose and the North San Jose Development Policy Area are being scoped for electronic billboard placement.

"Highway 87 that goes along the Guadalupe into downtown San Jose doesn't have any signs," Kleinhaus said. "So right now if you are traveling there you can see the mountains, you can look around ... You can see the scenery. Why would you put this kind of blight there?"

An environmental impact report is scheduled for completion by September. Then the city will hold another public outreach meeting before the issue goes to the City Council.