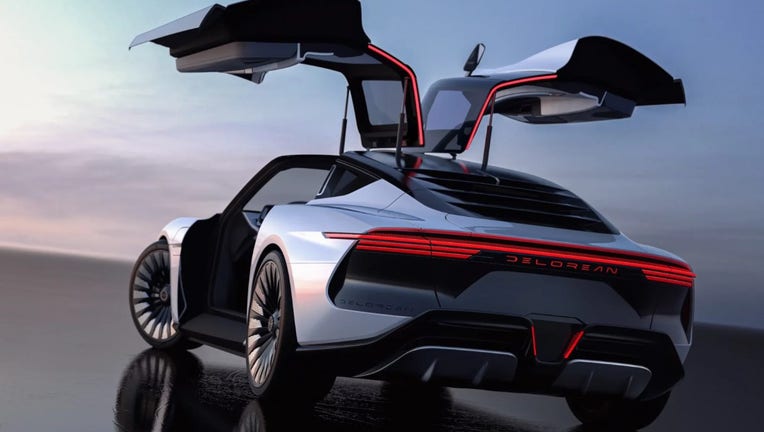 SAN ANTONIO, Texas - The public is getting its first look at the highly-anticipated DeLorean Alpha5 after the company unveiled its all-new EV on its website.

Early access subscribers have the opportunity to see the vehicle before the site goes public around the world.

Other specifications include a range of 300+ miles, a battery of 100+kWh, and electronically limited top speeds of 155 mph.

"The Alpha5 is a representation of the past 40 years of DeLorean," Troy Beetz, Chief Marketing Officer of DeLorean Motor Company, said. "There was this enormous responsibility to make sure we honored the history of the DeLorean brand, but an even greater responsibility in curating its future...I think we did both with the Alpha5."

A car-buying expert gives a few tips and tricks for consumers looking to buy a car.

John Z. DeLorean was an automotive innovator who began his career at General Motors and is credited by some with creating America’s first "muscle" car, the Pontiac GTO, in the mid-1960s. He left GM in the early 1970s to launch his own company and eventually produced the DMC 12, referred to simply as "the DeLorean," a sleek, angular car with gull-wing doors and an unpainted stainless-steel exterior.

Only about 9,000 of the cars were produced before DeLorean’s company went bankrupt in the early 1980s, but the car’s look and cult following helped land it a role in the "Back To The Future" films. According to the Internet Movie Database, the car was chosen because it would plausibly look like a spacecraft to people in the 1950s flashback scenes.

DeLorean died in New Jersey in 2005 at age 80 after years of court battles that included a highly publicized drug trial in the 1980s in which he was acquitted of conspiring to sell millions of dollars of cocaine.