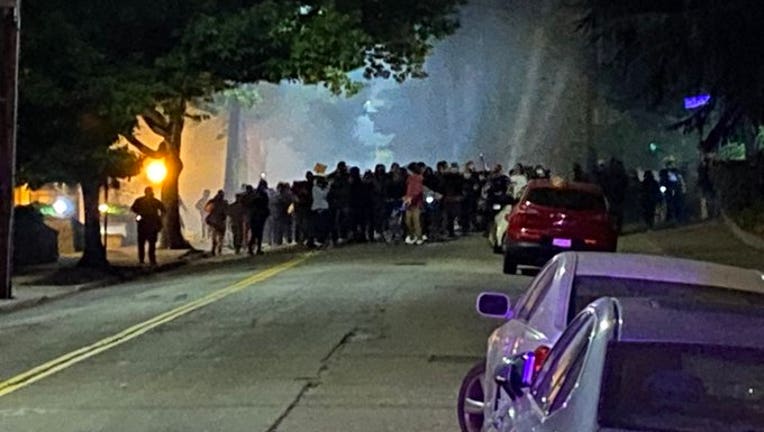 Oakland police again said they were assaulted by demonstrators throwing objects at officers, amid a week of tumult over the shooting of Jacob Blake in Wisconsin.

Rocks and bottles were thrown at officers, the Oakland Police Department tweeted. Lasers were also pointed at cops, which can be treated as a misdemeanor crime.

The police department also tweeted that demonstrators were using "shields to assault officers."

The demonstration was organized as a protest against police brutality in general and the crippling shooting of Jacob Blake by an officer in Kenosha.

The OPD declared the demonstration near Lake Merritt was an unlawful gathering.

Oakland was the site of protests Friday night that included approximately 12 arrests.

There were several hundred people who participated in protests on Wednesday night. Those also escalated with intentional fires and the vandalism of businesses.