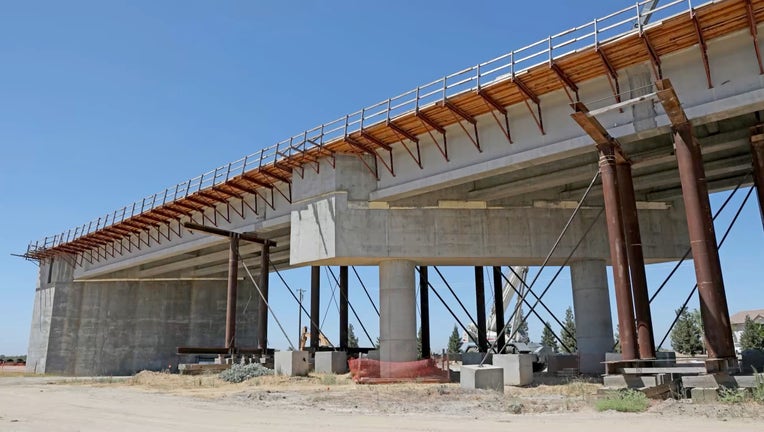 MADERA, CA - AUGUST 05: A 700 foot bullet train bridge across Road 27, between Road 27 and Club Dr., and the BNSF main line in Madera County had a serious problem with corroded tension strands that broke in December 2019, on Wednesday, Aug. 5, 2020 i

The U.S. Department of Transportation finalized settlement negotiations to restore the money for the high-speed rail project that was revoked by the Trump administration in 2019, Newsom said Thursday night.

The restoration of $929 million in grant funding "will continue to spur job creation, advance the project and move the state one step closer to getting trains running in California as soon as possible," Newsom said in a statement.

California voters in 2008 approved nearly $10 billion in bond money to build a high-speed rail line connecting Los Angeles and San Francisco that was supposed to be running by 2020. 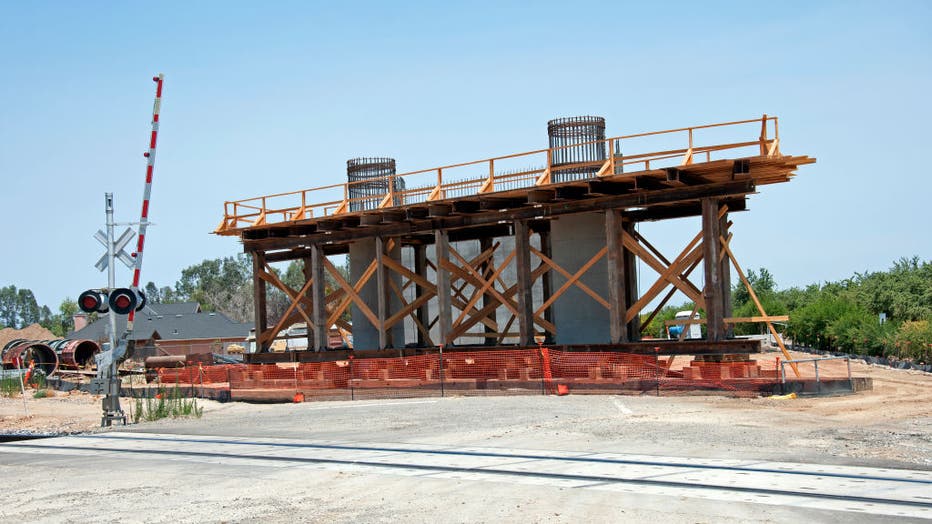 MADERA, CA - JULY 13: (EDITORIAL USE ONLY) In this handout image provided by the California High-Speed Rail Authority, Construction of the north abutment overcrossing that will carry traffic over future high-speed and existing BNSF rail lines outside

But the project was plagued by cost overruns and delays. Officials now hope to have trains running on a segment through the state's central valley agricultural region by 2029.

Critics have derided the segment as a "train to nowhere," but supporters say it’s a necessary test and precursor to linking more populated areas.

The project's business plan anticipates environmental approval for the 500 miles (805 kilometers) between Los Angeles and San Francisco by 2023. Completion of the full line depends on funding and other unknowns.

Newsom last month unveiled a budget proposal that includes $4.2 billion for the project, including the bond money approved by voters in 2008.