BRANDON, Fla. - Deputies are investigating the death of former Tampa Bay Buccaneers player Vincent Jackson, who was found dead in a Brandon hotel room on Monday.

The Hillsborough County Sheriff's Office said the 38-year-old was found dead on Monday at the Homewood Suites, located at 10240 Palm River Road in Brandon.

Jackson, who lived in South Tampa, checked into the hotel on Jan. 11, and had been staying in a room since that date, hotel staff told investigators.

The sheriff's office said Jackson's family members reported him missing on Feb. 10. A formal report was filed the next day.

On Friday, Feb. 12, deputies located Jackson at the hotel and spoke with him, canceling the missing persons case after "assessing Jackson's well-being." 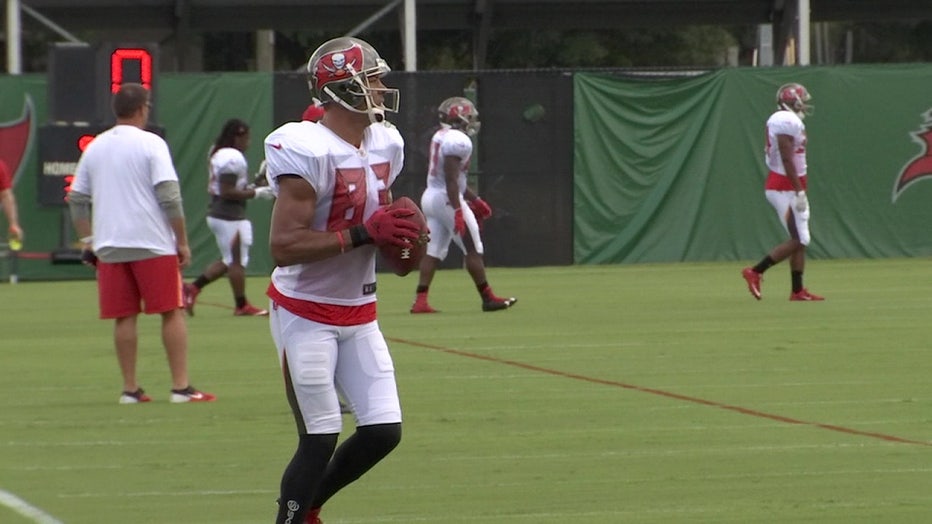 On Monday, a housekeeper found Jackson dead in his room around 11:30 a.m.

The sheriff's office said there were no apparent signs of trauma, and the Hillsborough County Medical Examiner's Office will determine the cause of death.

"My heart aches for the many loved ones Vincent Jackson leaves behind, from his wife and children to the Buccaneers nation that adored him," said Sheriff Chad Chronister in a statement.

Chronister said Jackson was made an honorary Hillsborough County deputy three years ago "to recognize his dedication to the community."

The Buccaneers released a statement, saying the team was "shocked and saddened to hear the terrible news" of Jackson's death.

"During his five seasons with our franchise, Vincent was a consummate professional, who took a great deal of pride in his performance on and off the football field. Vincent was a dedicated father, husband, businessman and philanthropist, who made a deep impact on our community through his unyielding advocacy for military families, supported by the Jackson in Action 83 Foundation," the team's statement read.

Jackson was a three-time Pro Bowl selection for the Bucs, but the team said "his greatest achievements as a Buccaneer were the four consecutive nominations he earned as our Walter Payton Man of the Year."