CUPERTINO, Calif. (KTVU) - Officials with the Department of Fish and Wildlife confirmed on Monday the animal that attacked a 6-year-old girl along a trail at Rancho San Antonio County Park, near Los Altos was indeed a mountain lion.

Officials used a DNA sample to determine what kind of animal was involved in Sunday's incident.

The child was walking with family members on Wildcat Loop Trail around 10 a.m. when they encountered the feline. One of the adults was able to push the mountain lion, which then retreated.

The girl suffered minor injuries to her calf, but she didn't need stitches.

"This happened on the Wildcat Loop Trail and luckily she had some very quick-thinking adults with her and one of them was able to push the lion away and it took off down in the brush," said Brad Pennington, with Midpeninsula Regional Open Space.

The preserve remains closed until the investigation is finished and will reopen when Midpen officials determine it is safe to do so.

"We'll capture the lion, put it in a trap where it can wake up, but will collect evidence before that happens. And make sure we have captured the correct lion," said Todd Tognazzini, with the Department of Fish and Wildlife.

There was a steady stream of visitors hoping to access the park on Monday but they were turned away by rangers.

"We came here because we have a free day, so we wanted to enjoy the ranch, but it's closed," said Grecia Urive of San Jose.

On Monday, a surveillance camera inside the park captured an image of a mountain lion which officials suspect is the same puma involved in Sunday's encounter.

They said the feline in the photo looks similar to another captured in the same area the night before the attack. 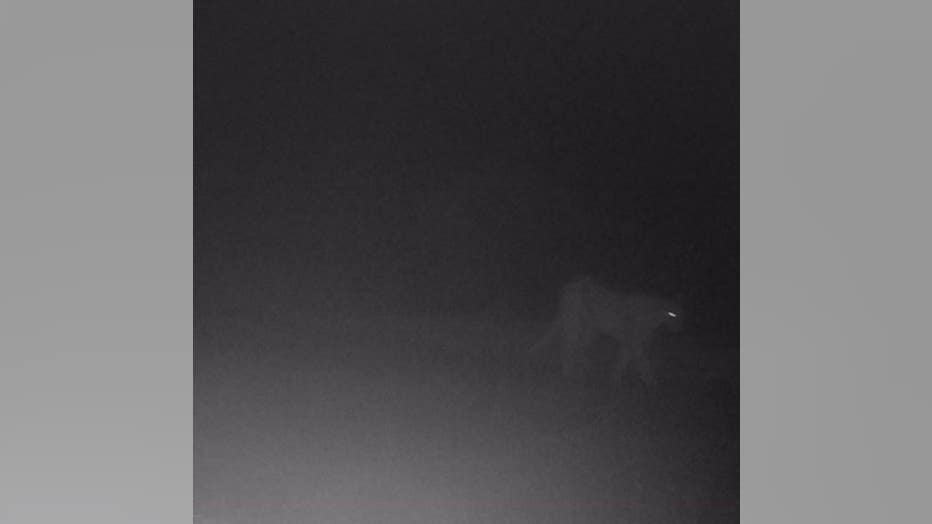 Rancho San Antonio Preserve was closed last August for several days after a family of pumas was spotted, but the animals didn't make any contact.

"I just really ask that everyone respect the closure. We have had some people trying to sneak in," Pennington said. "It's not going well for them. There are citations being issued. We need people to stay out so the dogs can do their work."