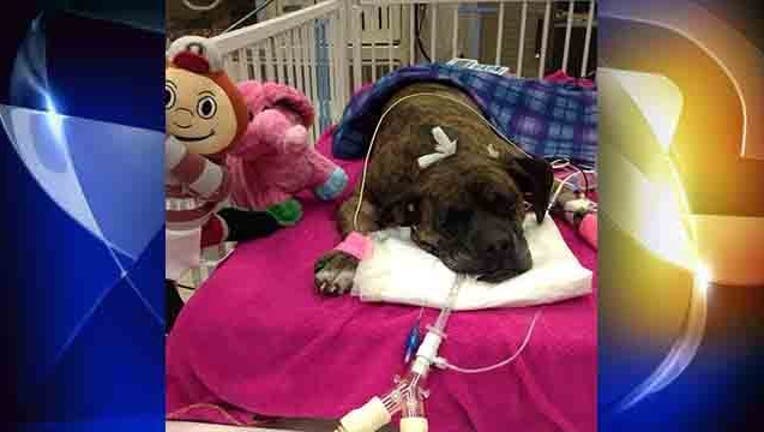 CINCINNATI, Ohio (KTVU) - A dog is fighting for her life as she battles smoke inhalation following a fire that claimed her owner's life.

The 9-year-old boxer named Carmen was injured in the fire Thursday in the basement of a home in Goshen Township, Ohio.

She lived in the home with her owner Ben Ledford, and refused to leave his side in the fire.

First responders found the boxer on top of Ledford, trying to shelter his face from the heat, smoke, and flames, according to CNN affiliate WCPO. Ledford later died at a hospital.

Carmen was taken to CARE Center Vets where she is battling smoke inhalation. At this point "all of Carmen's vitals are stable, her oxygenation is improving, but she is still on very intensive ventilator support," according to CARE Center Vets.

A Crowdrise page has been set up for people to donate toward Carmen's care.

According to a post on the page, "The ongoing support for Carmen, and Carmen's family, has been overwhelmingly positive. The family is humbled by the generosity being offered to help Carmen."