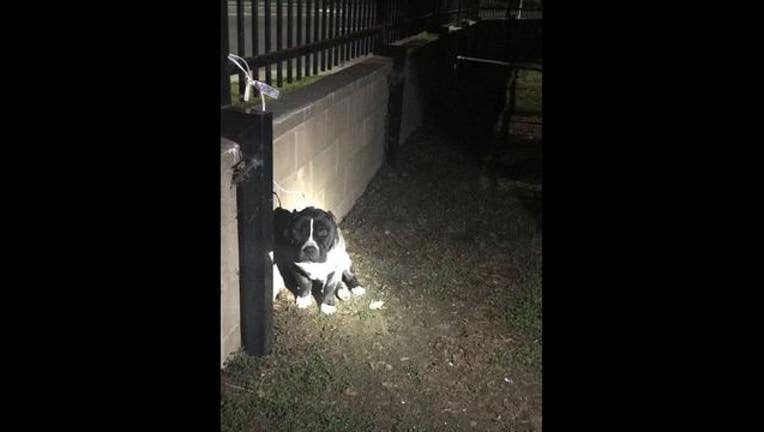 Humane Society of the North Bay

VALLEJO, Calif. (KTVU) - A dog was found abandoned, tied to a cemetery fence in Vallejo.

The Humane Society of the North Bay tells KTVU the American Staffordshire Terrier was tied to the fence with an electric cord. Someone took a photo and posted it to Facebook. A woman saw the photo of the dog in the heartbreaking predicament, so she went with her husband to find him to help.

The electrical cord was so short the dog was flush against the fence and could not lie down. There was no water or food left with the animal, according to the Humane Society of North Bay.

The couple decided to take the dog home so he could be warm until they could get him help Sunday morning.

According to Humane Society of the North Bay, "He will need some medical treatment and lots of TLC. But he is already wiggling his butt and wagging his tail!" They added he's outgoing but seems to be confused as to why he's at the shelter.

The couple who found the dog plans to sponsor his adoption fee when he's ready to find his forever home.

The shelter believes the dog is about three years old. He has a skin issue and will receive a full physical Tuesday.

Humane Society of North Bay expects him to be ready for adoption by Friday.

Additional details have not been released.