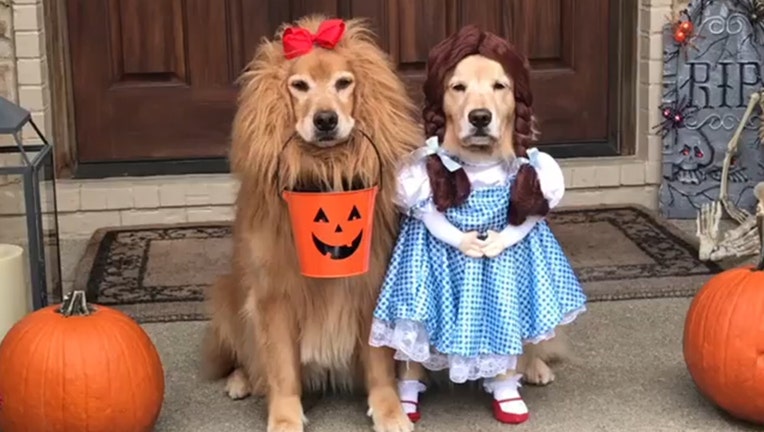 An Instagram video of two precious Golden Retrievers dressed up as Dorothy and the Cowardly Lion from the classic American musical fantasy film ‘The Wizard of Oz’ is going viral.

In the caption, their owner wrote:

“It’s the first day of October and you know what that means...Halloween’s coming!!! I’ve always been one of those crazy moms who gets super excited about coordinating Halloween costumes. But now that my kids are 21 and 23 I’ve had to resort to including the dogs in the festivities now haha. They’re such good sports. These costumes from a couple years ago were my favorite to coordinate.”

Last Halloween, they dressed up as Little Red Riding Hood and the Big—but not so bad—Wolf.

But the pups don’t just stop at Halloween, as they seem to have a festive outfit for every holiday.

On Easter, they donned cute little bunny ears as they posed ever so gracefully by sparkly colored eggs.

For Saint Patrick’s Day, you can rest assured they felt the luck of the Irish!

What you about Christmas you say?

Of course, they had fitting outfits for that too-- we're pretty they also made it to Santa's nice list.