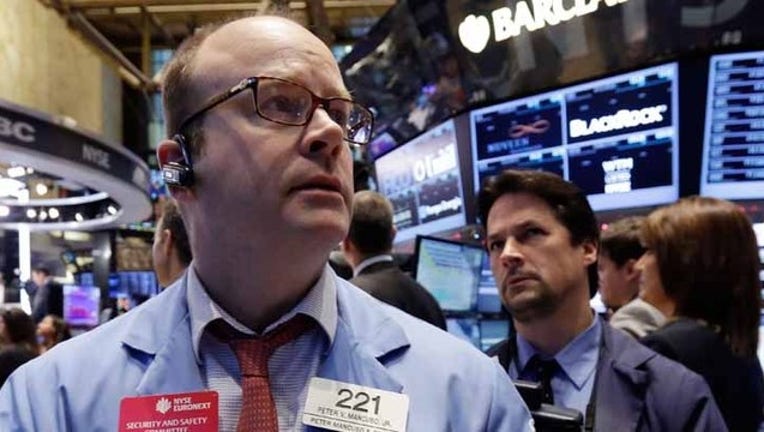 NEW YORK (AP) — The last time the Nasdaq was this high, Bill Clinton was president, your Internet was probably still dial-up, Microsoft dominated the tech world and the iPod, iPhone and iPad didn't exist.

Fifteen years later the Nasdaq has again closed above 5,000 and is close to topping its record from the dot-com boom. The index has clawed back, riding a six-year bull market, and is now 40 points from its all-time closing high of 5,048.62 reached March 10, 2000.

But this isn't the Nasdaq of Pets.com and Webvan, when companies were valued on "cash burn rates" and "eyeballs."

"Certainly, the Nasdaq at 5,000 conjures up images of a tech bubble," said Jack Ablin, chief investment officer at BMO Private Bank. "But we've had time for business profits to grow into those crazy expectations 15 years ago."

As the tech-mania took hold, investors pushed up the prices of all kinds of internet-related stocks. Some were never profitable and disappeared. Others, like Priceline.com and Amazon, have survived and prospered.

On Monday, the index climbed 44.57 points, or 0.9 percent, to 5,008.10. The index is up 5.7 percent this year, the best performance among major U.S. stock indexes. One caveat: taking the effect of inflation into account, the index would have to rise much further to match its highs from the dot-com era.

The Nasdaq, while still focused on technology companies, is a little more diversified than it was back then. And while the index, which tracks 2,500-plus stocks, has been steadily climbing since 2011, its ascent isn't the crazed surge that preceded its last record close.

Here's a look at the Nasdaq then and now.

The Nasdaq's current rise has been driven by technology and health care. In a slow-growth world, investors favor industries where earnings will be better than average. This pair qualifies. Tech stocks are poised to benefit as companies increase their spending on equipment and software to cut costs and improve productivity. Health care stocks have been climbing as investors bet that biotechnology companies will discover the next blockbuster drug.

Together, tech and health account for almost two thirds of the Nasdaq's market value.

One stock in particular holds sway over the Nasdaq: Apple. Its market value has surged to over $750 billion from $22.5 billion in March 2000. The company accounts for 10 percent of the Nasdaq's market value.

Powered by tech and health care, the Nasdaq has climbed 15 percent over the past year, a more tempered rise than the 109 percent surge in the year before its last peak in 2000.

The Nasdaq had a much heavier tech-focus in 2000. At its peak, tech stocks made up 65 percent of the index compared with 43 percent today. Telecommunication companies were also a big component, accounting for 12 percent of the index's market value versus 0.8 percent now.

The biggest stock in the index was Microsoft with a market valuation of $525 billion. Apple had yet to release the iPod, iPhone or the iPad.

HOW EXPENSIVE ARE STOCKS?

The price-earnings ratio of the Nasdaq, a measure of how much investors are willing to pay for every dollar of earnings the companies in the index generate, is 20.

When the Nasdaq was at its highest, its price-earnings ratio reached 194.

Like the Nasdaq, both the broader Standard & Poor's 500 index and the Dow Jones industrial average are trading at record highs, underpinned by record company earnings and optimism that the economy will continue to strengthen gradually.

Apple is the titan and Microsoft is a distant second with a market value of $361 billion. Google, Amazon and Facebook round out the top five. The top 20, however, also includes Starbucks, pharmacy benefits manager Express Scripts and retailer Costco.

When the Nasdaq reached its record in 2000, Microsoft was the biggest company in the index. Cisco, Intel, Oracle and Sun Microsystems completed the top five. The biggest 20 companies in the index were in technology or telecommunications.

The U.S. economy is slowly recovering from the financial crisis and Great Recession. Even with a slowdown in growth to 2.2 percent in the final quarter of last year, many economists forecast an expansion above 3 percent in 2015. Hiring is picking up and the unemployment rate, now at 5.7 percent, is falling. Economists expect steady, if not spectacular growth.

Optimism over the economy was high. The Federal government had recorded its largest budget surplus in nearly 50 years in 1998. At the end of 1999 the U.S. economy grew at a rate of 7.1 percent, and the unemployment rate stood at 4 percent. The first chapter of the Economic Report of the President, published in February of 2000, was entitled "Sustaining a Record-Breaking Expansion."

Company earnings have been rising steadily since the Great Recession and are at record levels. Earnings for the average S&P 500 company are forecast to increase by 1.5 percent this year, according to S&P Capital IQ.

Company earnings surged in 2000. The average S&P 500 company increased its earnings by almost 12 percent. The hangover came a year later though, when earnings slumped by 19 percent.

Beyonce is one of the world's biggest artists. "Fifty Shades of Grey," is a box office hit and "Birdman" took the Oscar for best picture.

Beyonce was starting to make a name for herself as a member of Destiny's Child. Britney Spears was generating hit after hit from her debut album. And the Star Wars franchise had returned with the "The Phantom Menace."