Three years ago, Turner, of Sanford, struggled to walk upstairs.

He had underlying conditions that caused him to need new lungs.

"It’s called alpha one antitrypsin, which means you get a bad gene from each parent," Turner said.

He then underwent a double-lung transplant in 2018.

He spent his recovery focusing on giving back. Just four months after the surgery, he participated in the American Lung Association’s Fight for Air Climb which raises money for people fighting lung cancer and diseases. At the event, participants climb stairs.

This will be Turner’s third year participating. He has been training.

"[I] do lots of walking," Turner said. "I do cycling, and usually just go to lots of local parking garages or office buildings and walk up and down those stairs because that’s the best training. Actually, doing the stair climbing." 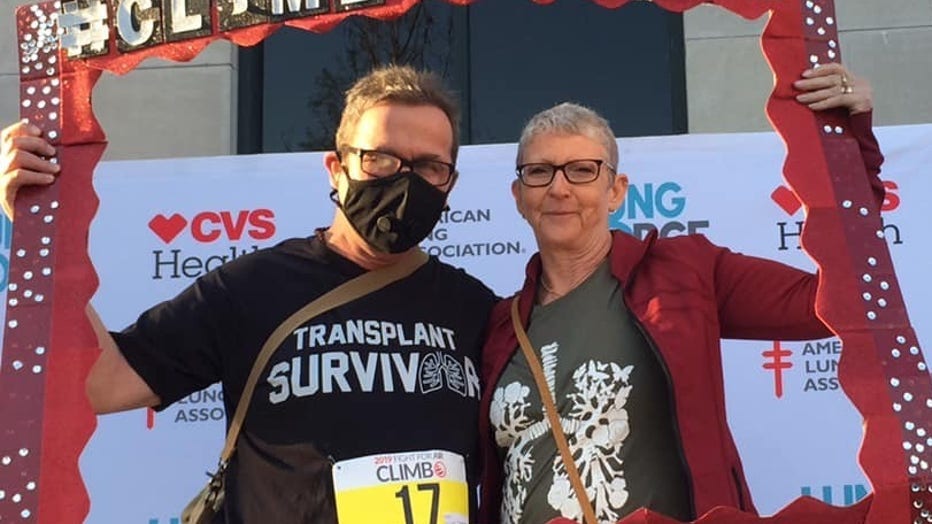 The event was held virtually last year because of COVID-19. This year’s event will be held on Saturday morning at Exploria Stadium in Orlando.

Turner, who is terrified of heights, said he is ready to get his step on.

"You just work through it," Turner said. "Stay positive. I usually have headphones on. Listen to upbeat music. Things like Gloria Gaynor, ‘I Will Survive.’"

To learn more about the Fight for Air Climb, click here.