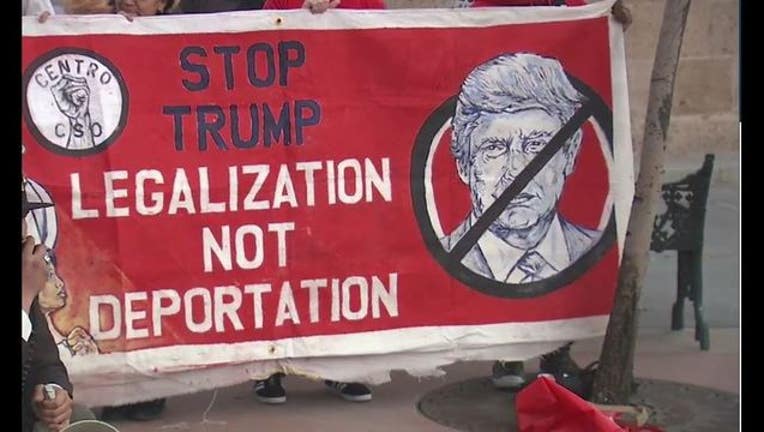 (FOX NEWS) - The Day Without Immigrants protest shut down businesses nationwide last week, but it didn’t come without some consequences for a handful of workers who decided to take part in the demonstrations.

Dozens of workers said they lost their jobs after taking part in Thursday’s protest. The boycott was aimed squarely at President Trump's efforts to step up deportations, build a wall at the Mexican border and close the nation's doors to many travelers. It was unclear how many participated.

Twelve Latino employees from the I Don’t Care Bar and Grill in Tulsa, Okla. told Fox 23 News they were fired over text message because they didn’t show up for their shift and failed to let their employers know about their absence. The employees told the station they expected to be reprimanded, but not dismissed.

The firings led to an outcry in the community. “If you have 12 people who feel strongly and want to make a stand, I think management should have taken a look at that and at least stood by them or give them some time,” Catherine Bishop, of Broken Arrow, told Fox 23 News.