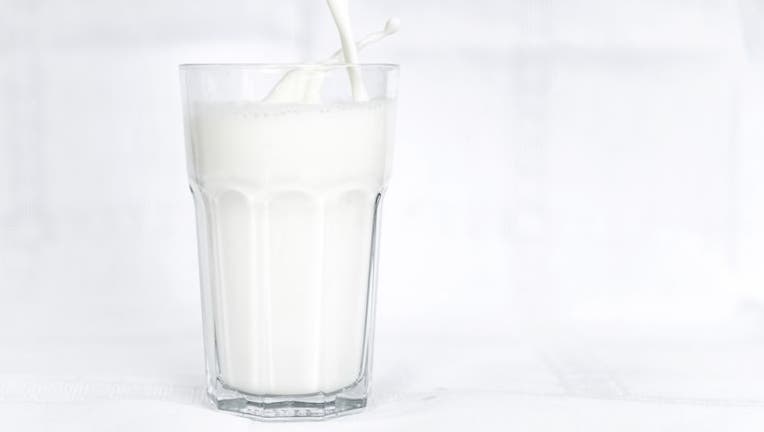 FILED - 25 May 2022, Bremen: ILLUSTRATION - Cow's milk is poured into a glass. In the past, it was clear that "milk" meant cow's milk. Things are different in Germany today. Plant-based milk alternatives made from oats, for example, are booming. Cons

A new study suggests that drinking milk can increase the risk of developing prostate cancer in men.

Researchers from Loma Linda University in California recently published their findings in The American Journal of Clinical Nutrition.

The team studied 28,737 Seventh-day Adventist men in the U.S. and Canada and monitored their diet and health for several years.

Researchers found that men who drank 430 grams, or 1 3/4 cup of milk, per day had a 25% increased risk of developing prostate cancer compared to me who only drank 20.2 grams of milk per day.

"Men with higher intake of dairy foods, but not nondairy calcium, had a higher risk of prostate cancer compared with men having lower intakes," the study’s authors noted.

President Joe Biden spoke about his reignited "Cancer Moonshot" program during remarks from the White House on Feb. 2, 2022.

According to VegNews, Gary Fraser, the study’s lead author, suggested the increased cancer risk can be due to the hormone found in the milk. Fraser told the outlet since up to 75% of lactating cows are pregnant, the presence of hormones in milk could be what increases prostate cancer risk.

However, Fraser noted that more research is needed.

According to the American Cancer Society, prostate cancer begins when cells in the prostate gland start to grow out of control. The prostate is a gland found only in males. It makes some of the fluid that is part of semen.

The society said there’s no known way to prevent the cancer. Treatment could involve radiation or surgery.

Prostate cancer is the second leading cause of cancer death in American men, behind only lung cancer, according to the cancer society.