One person killed in multi-car crash

BAY POINT, Calif. - A driver was arrested on suspicion of driving while intoxicated in the aftermath of a three-vehicle crash on state Highway 4 early Sunday that left a motorcyclist dead.

Emergency personnel responded shortly after 2 a.m. to the collision that closed all eastbound lanes of the highway just east of Bailey Road involving a 2002 Volkswagen sedan, a 2015 Toyota sedan, and a 2016 Harley Davidson motorcycle.

The California Highway Patrol says its preliminary investigation indicates that the Toyota and Volkswagen were in a collision at Bailey road and "then the Harley Davidson became involved as well," as the rider was thrown from the motorcycle.

The 29-year-old motorcycle rider, from Antioch, died at the scene. The driver of the Toyota, a 20-year-old Oakley man suffered minor injuries. The driver of the Volkswagen, 59-year-old Antioch resident Tony Moss, was taken to John Muir hospital in Walnut Creek for examination and treatment of injuries and was arrested for felony DUI.

Moss was booked into the Martinez detention facility Sunday morning.

Anyone with information on the collision or events leading up to it is asked to call the CHP in Martinez at (925) 646-4980. 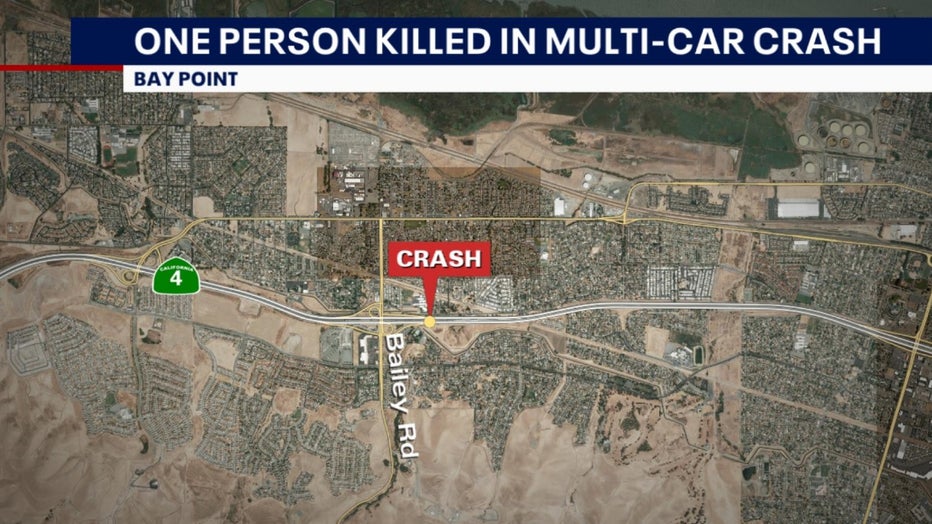