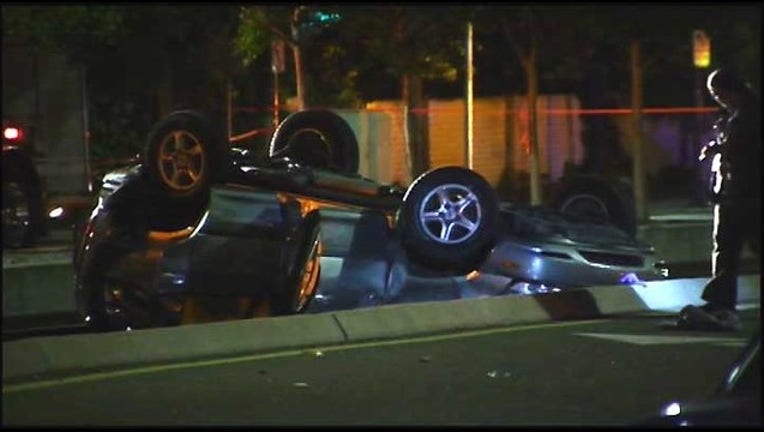 SAN JOSE (BCN) -- A 23-year-old man has been arrested after an SUV he was driving crashed, rolled over and landed upside down, killing two passengers and injuring three others Wednesday night in San Jose, police said.

Christian Clennan, of San Jose, was booked into Santa Clara County Jail on suspicion of two counts of vehicular manslaughter and DUI, according to police.

At 9:47 p.m. Wednesday, police were contacted about a single-vehicle crash in the 1200 block of North Capitol Avenue, where officers located a silver Lexus SUV that had rolled over and landed on its top.

The SUV had five people inside, three of whom were transported to a hospital with injuries not considered life-threatening, including Clennan.

The two others were pronounced dead at the scene, police said.

According to traffic unit officers, the Lexus had apparently been traveling north on North Capitol Avenue when the driver, later identified as Clennan, lost control of the SUV and struck the center median.

The impact caused the Lexus to roll over and come to a rest on its top. Officers at the scene found alcohol inside the SUV and determined that the driver was under the influence of alcohol.

An employee for the Santa Clara County medical examiner's office said the names of the two people killed could not be released until family members were notified.