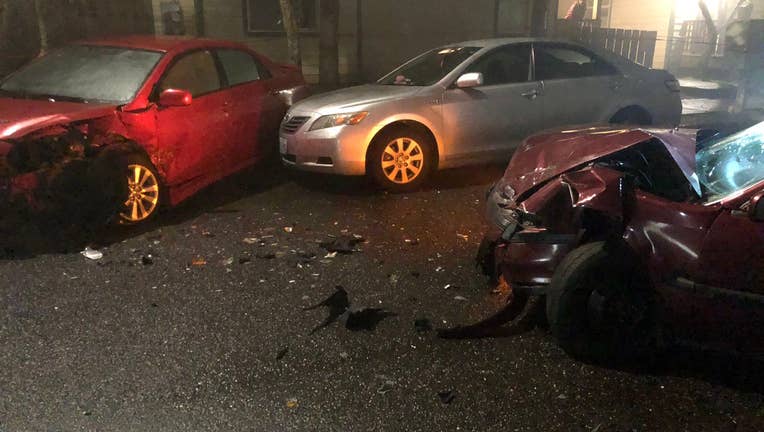 Portland Police said the incident happened Sunday after midnight. Officers responded to a crash in the 2600 block of Southeast 125th Avenue.

The driver was found deceased upon the arrival of the officers.

RELATED: 'Not a hint of stress'; WSU students react to arrest in Idaho murder case

Police later said in a tweet they believe the at-fault car was stolen.