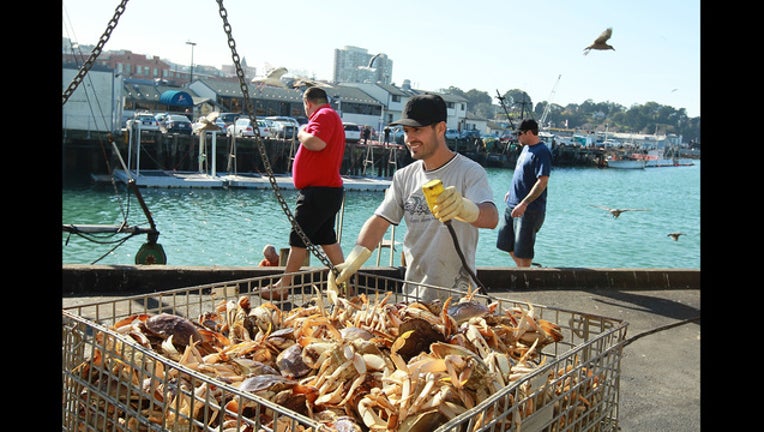 Crab quality is not sufficient enough to open the season and has been postponed to Jan. 15, 2018, according to Fish and Wildlife officials. (Photo by Justin Sullivan/Getty Images)

Crab condition has improved from the last round of quality testing done Tuesday, wildlife officials said. However, the crab quality is not sufficient for the season to start, so the opening of crab season has been postponed until Jan. 15, 2018.

The delay affects Mendocino, Humboldt and Del Norte counties, according to wildlife officials. No vessel may take or land crab within those districts during the closure period.

This is the last delay Fish and Wildlife can issue because of Dungeness crab quality testing, wildlife officials said.