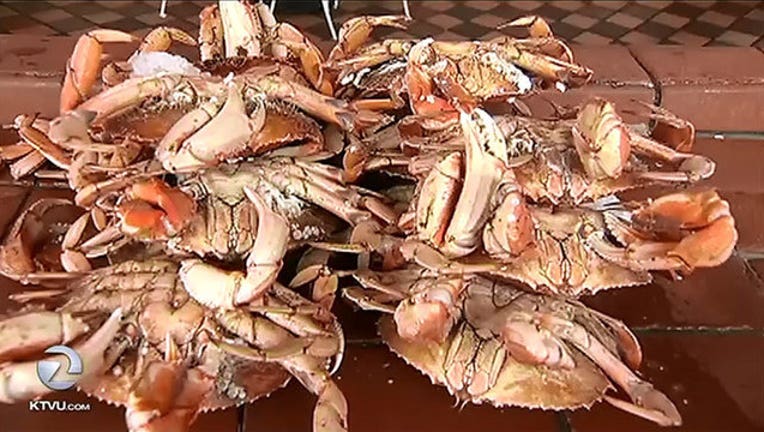 CDFW officials may open crab fisheries south of the border between Mendocino and Sonoma counties once the state Department of Public Health clears all of the crabs along that stretch of the coast for human consumption.

The determination followed the strong recommendation by members of the Dungeness Crab Task Force, who urged state officials on Tuesday to keep the season closed until the health advisory was lifted coast-wide, or at a minimum, for an area south of Point Arena.

The commercial crab season has been stalled since public health officials determined the crabs had high levels of domoic acid, a neurotoxin.

But on Thursday, the CDFW said it would allow recreational crab fishing south of Point Reyes after health officials cleared the crabs for human consumption.

The closure of the commercial crab fisheries has been hard on fishing boat operators and other industry workers, causing an estimated $48 million in losses across the industry already this season, according to state officials.

Despite the heavy losses, fishing boat operators and other industry workers said it would be more harmful if only a small portion of the coast is opened. That's because all of the state's fishing boat operators would crowd into a small area, making the catches less profitable, and potentially causing other problems, including the possibility of whales becoming entangled in crab traps crowding the waters.

Fishing boat operators were also concerned that Point Reyes is too close to Bodega Bay, where the crabs have exhibited levels of domoic acid above the state's threshold for human consumption. Crabs are known to travel, and fishing boat operators said there was not enough of a buffer to ensure that the crabs don't sicken anyone.

Still, fishing boat operators along the southern parts of the coast urged state officials to open fisheries where public health officials have determined the crabs are safe to eat.

CDFW Director Charlton Bonham said in a statement that the decision to keep the commercial crab season closed was not made lightly.

"I understand that there are people suffering economic losses from this closure," Bonham said. "However, the majority of the commercial fleet tells me they want a statewide opener or could live with an opener that adheres to traditional management areas, which would provide the utmost protection against someone falling ill from domoic acid poisoning."

Governor Jerry Brown last week appealed to U.S. Secretary of Commerce Penny Pritzker to declare a disaster and a commercial fishery failure for the state's $90 million crab fishing industry. Congressional legislators are working on a bill that would distribute economic relief funds should Congress approve the declaration, which would make the state's crab fishing industry eligible for federal economic assistance.