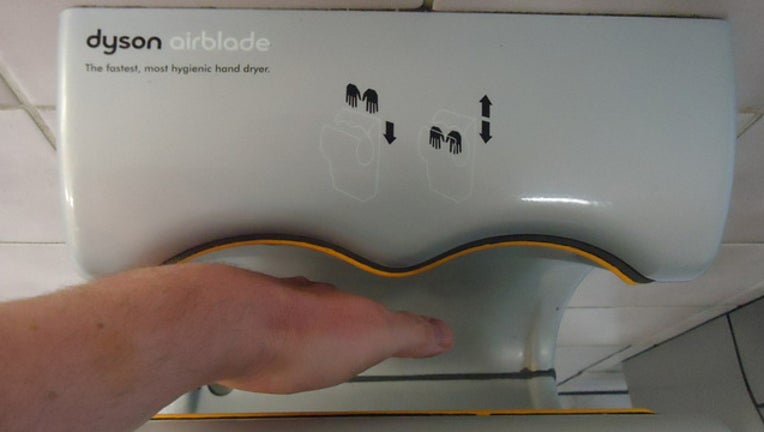 Next time you finish washing your hands in a public bathroom, you may want to think twice when you choose between a jet hand dryer and paper towels. According to a study published in the Journal of Applied Microbiology, jet air dryers spray 1,300 times more viral plaques than paper towels.

Some viral plaques (clumps of viruses) were launched nearly 10 feet from the dryer itself, Popular Science reported. The study, which was published in January, was trending on Monday.

Researchers  at the University of Westminster compared paper towels, warm air dryers and jet dryers, specifically the Dyson Airblade. Participants were asked to dip their gloved hands into a solution of a harmless virus, MS2. They then gave their hands a quick shake and tried one of the three drying methods, Popular Science reported. Next, samples were collected from the air and surfaces at different distances from where the drying took place.