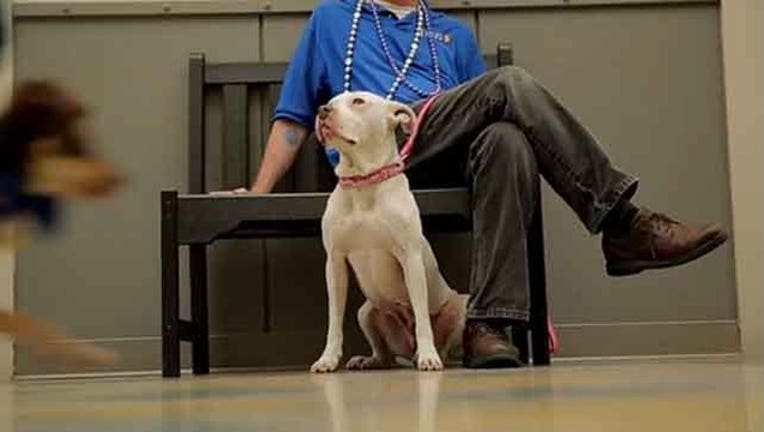 OAKLAND, Calif. (KTVU) - The East Bay SPCA was inspired by the number one hit ‘Uptown Funk' to create their own video.

The video, called ‘Oaktown Pups,' promotes the message to adopt a shelter dog, and to spay or neuter your pet.

Oakland Mayor Libby Schaaf makes an appearance in the video with a group of German Shepard puppies.

Staff members were also featured in the video, showcasing the shelter dogs of all shapes and sizes – looking for forever homes.

Every dog that appears in the video was adopted from the East Bay SPCA.