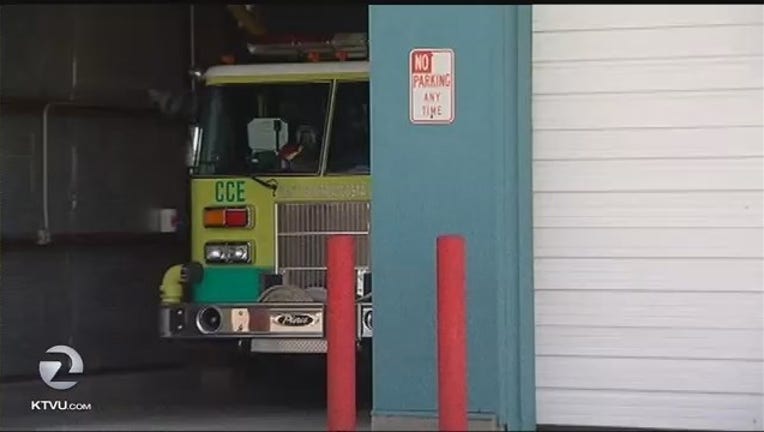 CONTRA COSTA COUNTY, Calif. (BCN and KTVU) - A Contra Costa County fire protection district is preparing to close two stations and make service cuts following the failure of a measure that would have raised more than $4 million a year for the next five years, officials said Tuesday.

The last time the East Contra Fire Protection District downsized, there was no drought. Now, it's the worst on record.

The benefit assessment for the financially troubled East Contra Costa Fire Protection District was rejected by 53.04 percent of the district voters who returned a mail-in ballot, the district announced Monday at a special board meeting. It needed a simple majority to pass.

The district, which protects more than 100,000 residents in a 249-square mile area that includes the cities of Brentwood and Oakley, now expects to close two of its five fire stations and is looking at cutting firefighter positions and service as well, Board President Joel Bryant said Tuesday.

The district has already cut firefighter salaries and benefits and exhausted its reserves, he noted.

Bryant said the cuts mean the district, which includes rural and open space areas, could be left highly vulnerable in the case of a fire or other major incident, despite mutual aid agreements with neighboring agencies.

Responses to medical calls, which make up the bulk of the district's calls each year, could be dangerously delayed.

"The reality is simple math, nine men cannot protect 110,000 people," Bryant said. "In a time of emergency a single house fire needs five engines. We only have three."

Bryant's concerns were echoed by firefighters. "Two more station closures and firefighter layoffs will mean it takes longer to get the help you need in an emergency," said Vince Wells, president of the Contra Costa County Firefighters Local 1230, in a statement Tuesday. "These drastic reductions in service levels are something this community cannot afford given the continued growth in East County."

Brentwood resident Marlo Rodriguez said, "I just know it's messed up for the families and all. Everybody needs the water and we need the firemen. It's gonna be hot; a lot of fires and stuff. That's all I know."

Both Bryant and Wells said they were confident that voters understood the issues involved in the election, with Bryant noting that voters had also rejected a 2012 funding measure.

While fewer than 25 percent of voters returned the mail-in ballots, Bryant said he understood that was a fairly typical turnout for such an election.

The fire district board will meet on Monday at 6:30 p.m. at Oakley City Hall, 3231 Main Street, to discuss plans for station closure and other service cuts.

The district will have to count on mutual aid more than ever, provided it's available.