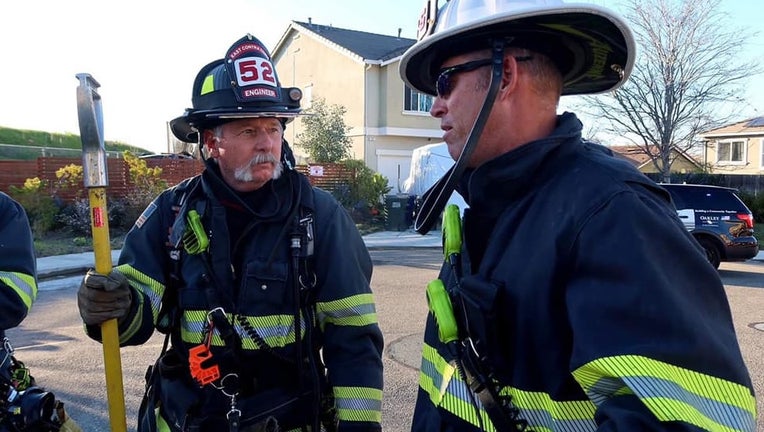 BRENTWOOD, Calif. - Brian Helmick knows the East Contra Costa Fire Protection District has had a lot of explaining to do to convince its residents that paying more for fire protection is necessary, and that its money problems are real.

Helmick and other district officials have been out there for months, talking about how their district is funded, and how that funding is lacking in an area that, over the past 25 years, has gone from almost entirely rural to increasingly urban.

Helmick, the district's chief since January 2018, said improving communication, and especially transparency around district operations and finances has been a key element to winning support. He and other district officials say they're confident that as East County residents become more familiar with the district's budget and operations, district support gets stronger.

"It's only in the last two years that the community has come around to the fact we have a revenue issue, rather than a spending issue," Helmick said.

The solution is clear, Helmick said -- the fire district needs new sources of revenue -- regular, stable ongoing revenue -- if it is to open new fire stations or reopen shuttered ones. He also realizes East Contra Costa voters have turned down three tax proposals in recent years that would have subsidized fire district operations. These failures include a 2012 parcel tax proposal, a proposed benefit assessment district in 2015, and a utility user tax in 2016.

To explain the district's present-day situation and needs, fire district officials have been holding a series of town hall meetings, doing surveys, sending out mailers and getting the word out however they can, including via the "We Are Listening" outreach on the district's website soliciting questions about how the district operates and suggestions for the future.

Helmick said that he and other district leaders hope to present a proposal to their board this spring for a district-wide community facilities district -- assessments on East County residents to pay for ongoing fire service costs. Such "CFDs" are also used to pay for streets, sewer systems and other basic infrastructure, police protection, fire protection, ambulance services, schools, parks, libraries, museums and other cultural facilities.

That district-wide CFD would address future growth, applying only to future development. Creating the CFD would require a two-thirds public vote.

Getting the public on board for that, or any future actions, Helmick said, requires the fire district not only be open about its finances but about the mistakes made by the department and its predecessor agencies over decades. A primary one, he said, has been the failure to require CFDs for much of the urban development that has happened in the past 30 years. The East Contra Costa district has been working with various agencies to raise impact fees to help pay for fire protection, he said.

The fire district now has enough ongoing funding to keep open three fully staffed fire stations that provide service to a district of 249 square miles. The district has three other stations sitting idle; a best-case coverage scenario would have a total of nine fully staffed stations.

To provide service response times comparable with other regional departments, "They need twice as much funding as they have," said Bryan Scott of the East County Voters for Equal Protection, a citizens group working for equitable funding for fire and emergency medical protection.

Brentwood's population grew by almost 260% between 2000 and 2020, and Oakley's by 165% during that time. If community facility districts had been formed when Oakley and Brentwood were booming in the late 90s and early 2000s, Scott said, "we wouldn't be having this funding conversation."

The district concedes its response times are slower than the industry standard. For example, the recommended response time for a fire in an "urban area" like Brentwood or Oakley is 7 1/2 minutes. The East County department achieves a 10-minute response time 90 percent of the time, a department report says.

Scott's group is trying to get initiatives in the November ballot in Brentwood and Oakley requiring those two cities to fund on fire protection from property and sales tax revenue growth.

The funding problems for ECCFPD started long before the agency's formation in 2002, when the Bethel Island Fire District, the East Diablo Fire District and the Oakley Fire District merged. Volunteers and paid on-call firefighters staffed those districts, and their predecessors. For that and other reasons, they were funded at lesser levels than urban, "professional" departments with paid full-time firefighters and other staff, Helmick said.

Helmick, who at 43 is already a 24-year East County firefighting veteran, has seen some of the strategic mistakes made first-hand. And he knows there has been skepticism about what the fire district would get with added tax measures.

"I go to church with, and have barbecues with, a lot of people who voted 'no' on the recent fire tax measures," he said. "People have a lot of questions."

Brian Oftedal hears those things, too, when he's out in the community. The president of ECCFPD's five-member board of directors, Oftedal said many of the same questions keep coming up, and much of it comes back to why isn't there more sustainable funding for local firefighting.

"There's a sense that many folks would be willing to pay for more fire service," Oftedal said.

The district's governing board, which from 2010 until 2015 had been made up of nine people appointed by various local governments, is now a five-person body, each seat independently elected. Helmick said elected directors are more accountable, and that the current board has been diligent in fighting for the district.

Oftedal points to the fire district's new (and first) five-year Strategic Plan, with significant input from the greater community, as a landmark. The district's funding situation, albeit at a level lower than desired, is stable, he added. The district is planning for two futures -- one with significant added ongoing revenue, and another with current revenue levels. Helmick calls both of them "living within your means."

Susan Morgan, a board Trustee for the Oakley-based Ironhouse Sanitary District board, said the fire district has done an admirable job in explaining its situation, especially with its finances. That, she said, is critical to get buy-in on any future plans.

"I felt like the public didn't really feel like it could trust the district" with a tax measure in past years, Morgan said. "I think that people now have the perception the district is being transparent, and that's a good thing."