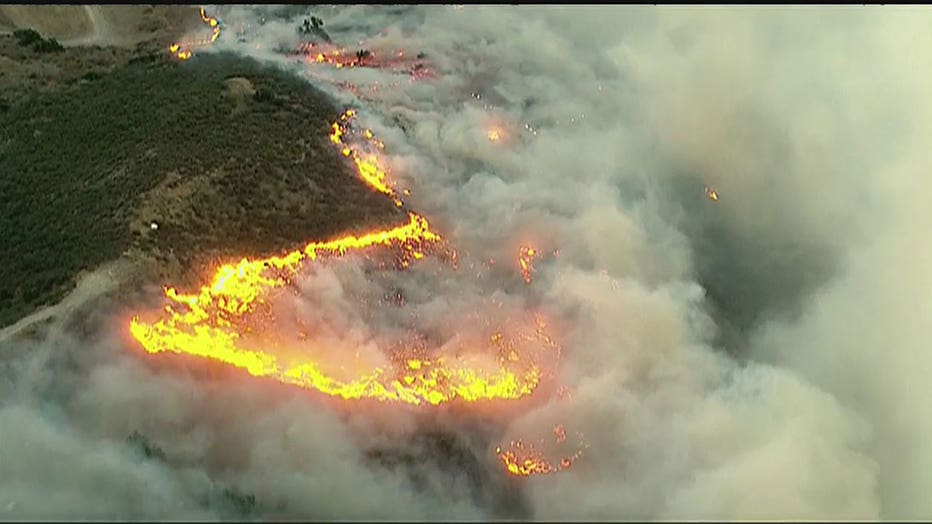 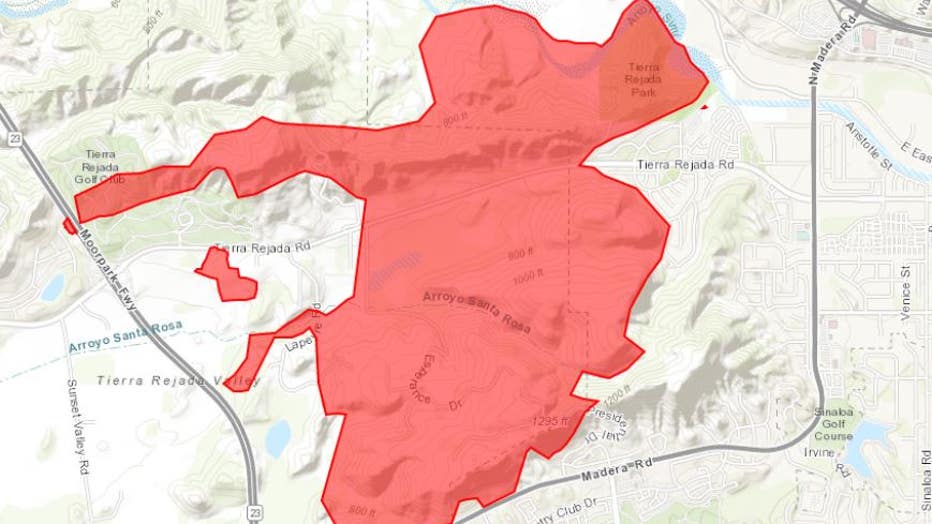 Two structures were destroyed and three firefighters were injured. The injured firefighters are being treated at the hospital for smoke inhalation, the Ventura County Fire Department said.

Go to vcemergency.com for the latest updates on evacuations and road closures.

The Easy Fire has charred at least 1,400 acres threatening thousands of homes. 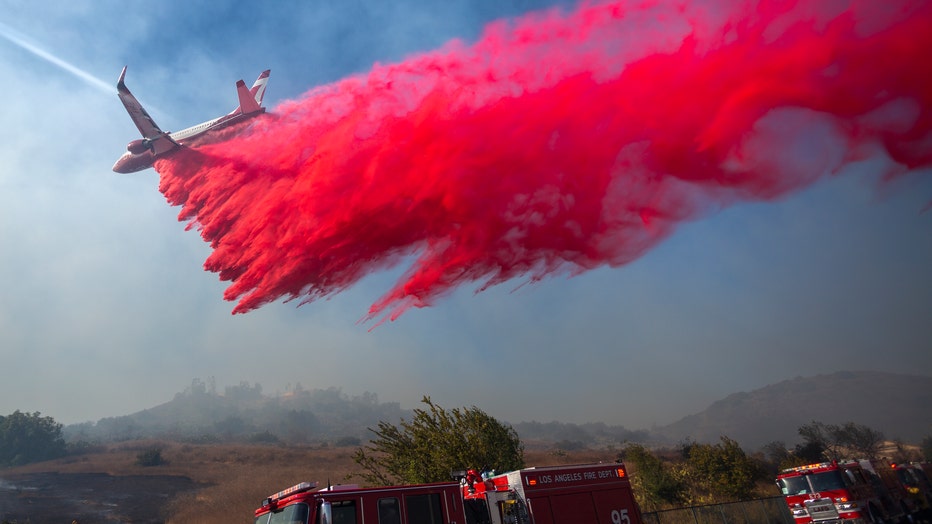 SIMI VALLEY, CA - OCTOBER 30: A firefighting jet drop retardant over a threatened neighborhood after fire jumped the State Route 23 freeway at the Easy Fire on October 30, 2019 near Simi Valley, California. Firefighters were able to stop expansion of

The Ronald Reagan Library was evacuated shortly after the fire broke out. Firefighters were able to save the building, Ventura County Fire Department Chief Lorenzen said.

"We are so thankful to all the firefighters for helping keep my Father's library safe. Sadly, fires are something we experience often in California, but it’s scary when it hits so close to home. Praying for all those affected." 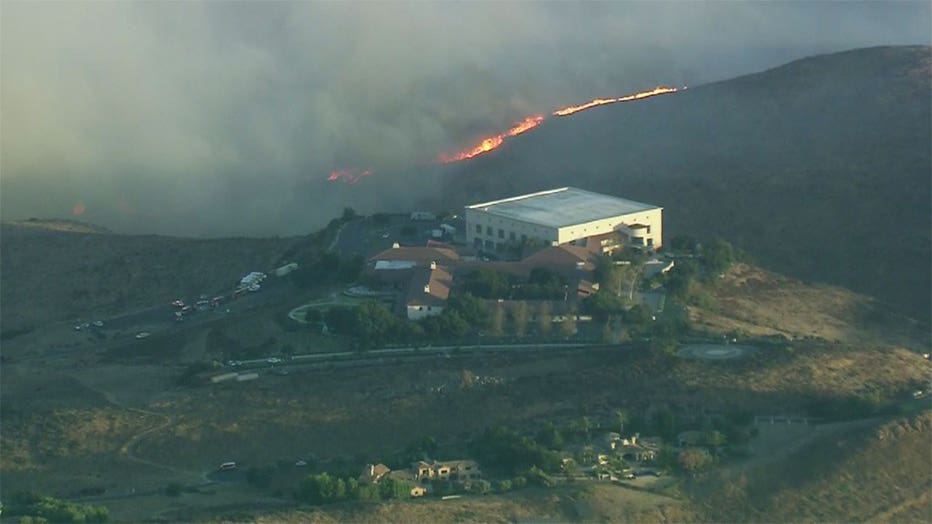 Fire officials said it was too soon to discuss repopulation areas and that it would depend on the suppression of the blaze. 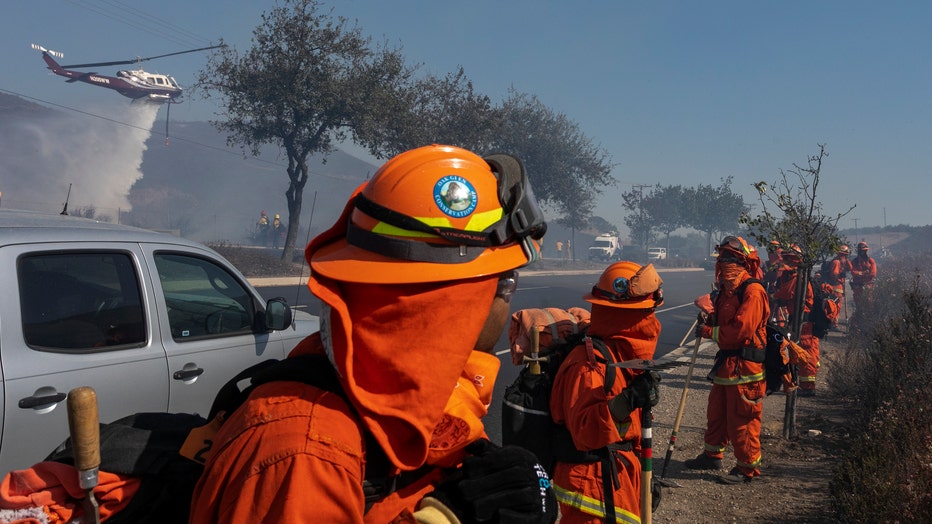 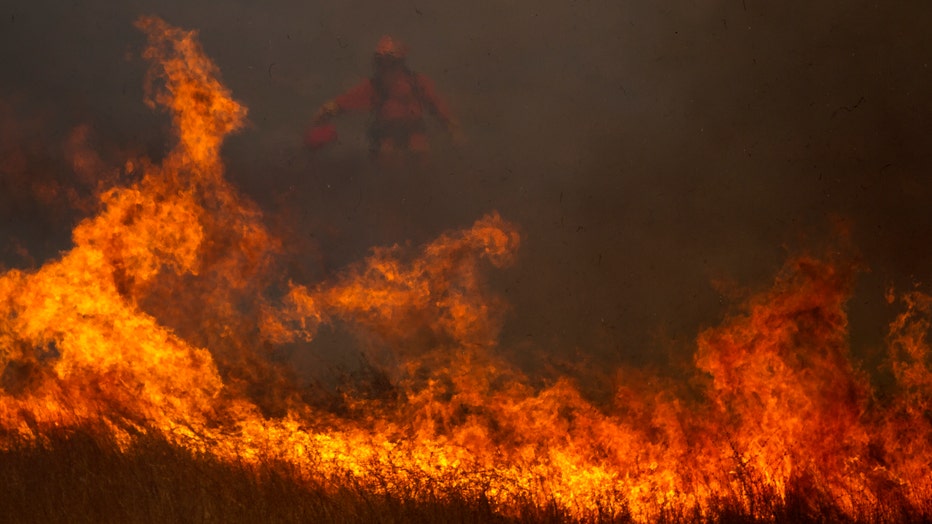 • The #1 lane was open on northbound Highway 23

• Southbound on-ramp to Highway 23 from Tierra Rejada was closed

•  Northbound Highway 23 to the Tierra Rejada off-ramp was closed

• Tierra Rejada to Highway 23 was closed 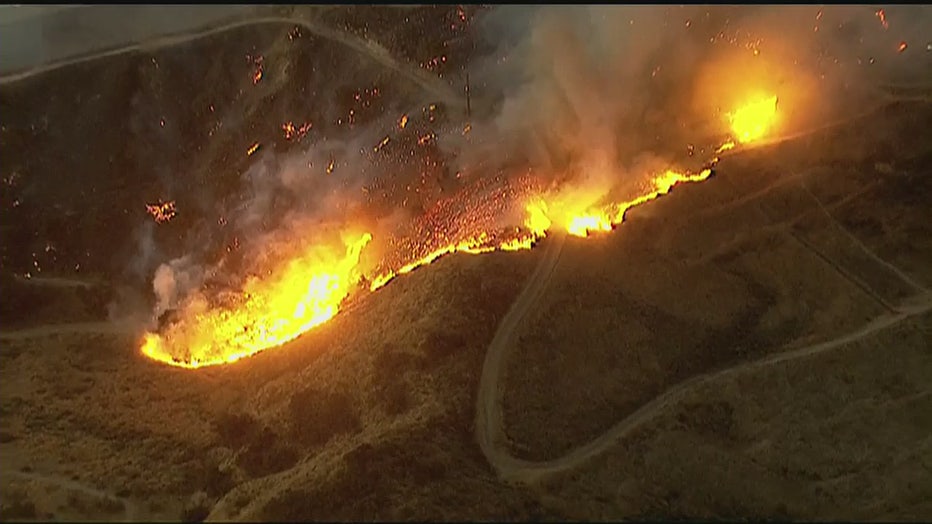 Approximately 30,000 residents are under evacuation orders while 2,000 others are under voluntary evacuations. Over 7,000 structures are threatened.

According to the Ventura County Sheriff's Department, the Easy Fire jumped state Route 23 near Moorpark.

The Easy Fire sparked near the intersection of Madera Road and Easy Street located near the 118 Freeway around 6 a.m.

The fire spread west toward the 23 Freeway, the Ventura County Fire Department said.

Wind speeds sustained around 40 mph when the fire broke out and continued the same rate of speed as fire crews worked to knock down the blaze.

More than 1,000 firefighters continued to battle the wind-driven brush fire.

Gov. Gavin Newsom announced the state secured a Fire Management Assistance Grant from FEMA to "ensure the availability of resources" to fight the ferocious blaze.

“The continued real-time assistance provided as California grapples with fires across the state has been critical to our efforts to keep communities safe and reduce damages. We are thankful to our federal, state and local partners for their extraordinary, collaborative response in this challenging time.”

The cause of the fire was under investigation.