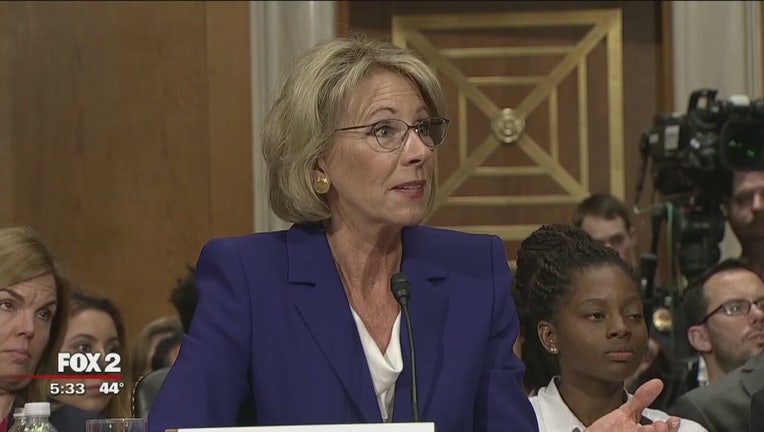 Democrats are responding to what's seen as a crisis in college affordability, offering proposals that range from tuition-free college to debt forgiveness. Free college proposals are getting the most attention these days.

To Education Secretary Betsy DeVos, the candidates' "proposals are crazy," especially with some carrying a price tag in the trillions.

"Who do they think is actually going to pay for these? It's going to be 2 out of 3 Americans that aren't going to college paying for the one out of three that do," DeVos said in an interview with Fox News Channel's "Special Report with Bret Baier" that aired Friday night. 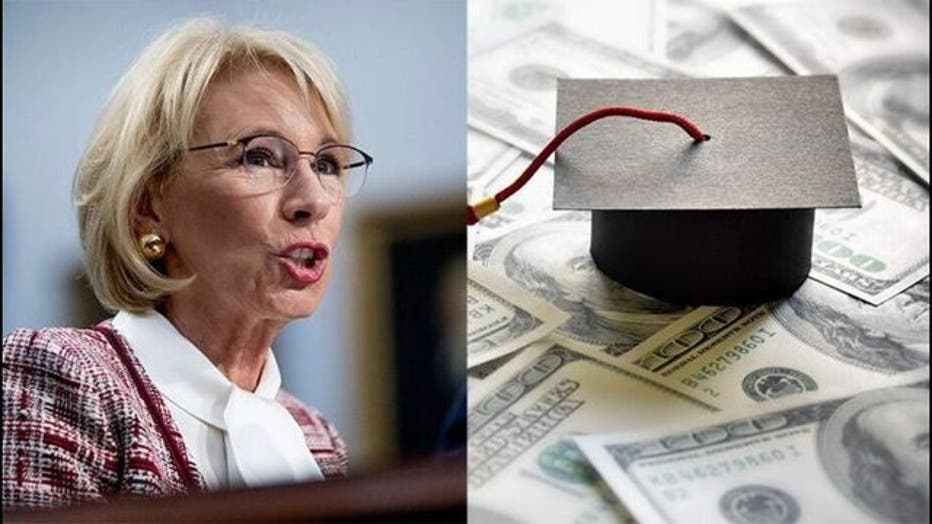 The U.S. Department of Education accepted just one percent of applications in the first year of a revamped student loan forgiveness program, according to a government watchdog report.

"Let's look at this for what it really is - a federal takeover of higher education," DeVos added, responding to a question that had focused on Democrats' plans to eliminate student loans.

In the presidential campaign, Sens. Bernie Sanders of Vermont and Elizabeth Warren of Massachusetts are proposing to do away with tuition at all public universities. Warren argues that college should be seen as an extension of public K-12 education, which is supported by taxpayers and tuition-free to families.

The potential cost has been a stumbling block.

Warren's total education plan is estimated to cost $1.25 trillion over a decade. Sanders' free college plan would cost $47 billion a year. Both call on the federal government to split the cost with states while also raising taxes on Wall Street or the wealthiest Americans.

At a campaign rally in New York City on Saturday, Sanders dismissed the notion that his education plans are unaffordable. "If Donald Trump and his Republican friends could give over $1 trillion in tax breaks to corporations and the 1 percent," he said, "you know that we can cancel all student debt in America with a modest tax on Wall Street speculation."

About 20 states are already experimenting with different approaches to tuition-free college. The impact has been mixed, and critics cite narrow eligibility rules and limited funding.

College affordability is a major challenge for people trying to move up into the middle class - or make sure that their children stay in it. Many students graduate with an overhang of debt that limits their ability to start a family or buy a home.