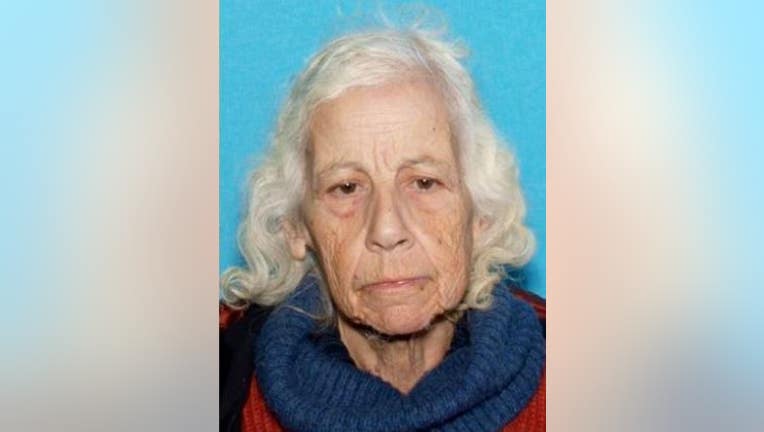 SAN FRANCISCO - Social media is an important tool to stay connected, but it also plays a crucial role in raising awareness.

Some cases are resolved with "happy endings," others take a tragic turn or remain open. But a common notion in all missing person cases is the reliance on community vigilance.

It was the watchful eye of a San Francisco resident that led officers to an elderly woman with dementia who had been missing for more than a week.

Dustin Barnett said an Instagram post from KTVU appeared on his timeline of 72-year-old Iris Gaton. She had been missing from a Burlingame care facility since Oct. 6. Barnett, who works as a residential case manager at a transitional treatment facility, said he took a screenshot around 4:56 a.m. of the post just in case he saw Gafton while running errands. 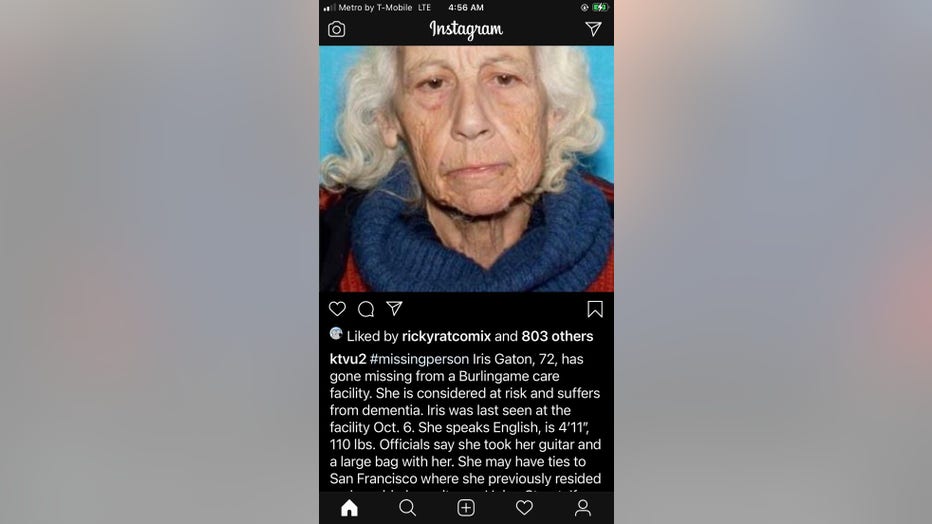 "I went to Target this morning and as I was walking home, between Market and 4th streets, I seen this woman standing in the doorway of Mosser Hotel" he recounted. "Something told me she looked familiar to me. So I looked at the screenshot."

That's when something clicked.

"I went over to her and I said, 'Excuse me, ma'am, is your name, Iris?'" Barnett recalled. "She said, 'Why yes.' And that's when I showed her the screenshot and told her people were looking for her."

He said given his work experience and dealing with clients who suffer from dementia, he knew how to engage in a conversation with Gaton. One that would create a safe space for her.

Gaton told him that she had come to San Francisco to play her guitar in Union Square as she used to. She said her guitar was stolen from her and she had been on the streets the whole time.

As they were talking, Barnett said he spotted San Francisco police officers in the area and notified them that Gaton was reported missing out of Burlingame. The officers were able to assist in getting her back to the facility.

Authorities said it was later determined that all of Gaton's guitars were accounted for and at the care facility.