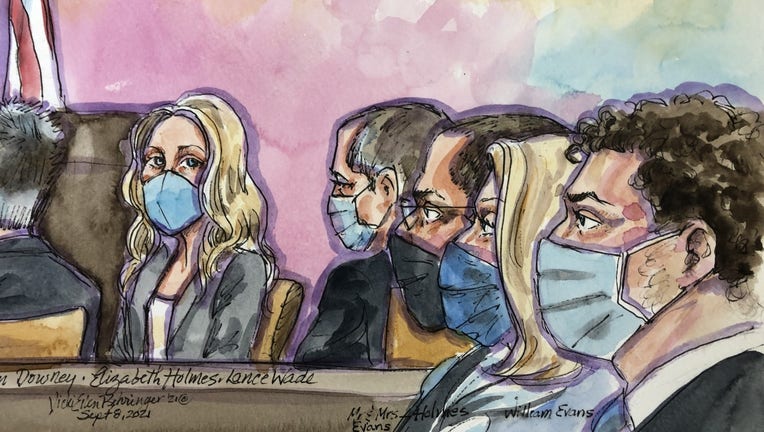 Elizabeth Holmes, the former CEO of Theranos, is seen on the left in this sketch of opening arguments in her federal trial in San Jose. Picture by Vicki Behringer.

SAN JOSE, Calif. - The prosecution will continue calling witnesses in the case against Theranos founding Elizabeth Holmes Friday, following dramatic testimony from Gen. James Mattis, a former board member of the failed biotech startup and Secretary of Defense in the Trump administration.

Mattis served on the Theranos board of directors from 2013 to 2016.

Holmes is charged with ten counts of fraud and two counts of conspiracy to commit fraud along with co-defendant Sunny Balwani.

Follow below for live updates about the trial of Holmes from KTVU's Evan Sernoffsky who is reporting from federal court in San Jose. (Mobile users click here to follow the blog if it does not display below.)