The former investor and board member of the failed biotech startup said he believe the company’s technology was on the path to revolutionize the blood-testing industry with promising possibilities on the battlefield.

He said he had no idea the company wasn’t conducting tests with it’s proprietary equipment or that it wasn’t performing as well as he was told.

"There are some things you don’t want to roll out as a prototype. And dealing with people's lives, heath care, that would be one of them," Mattis testified.

He described meeting Holmes while he was commander of Central Command overseeing the U.S. military in the Middle East and was intrigued by the possibilities her Edison machine could offer to war casualties.

A former manager at Theranos, who reported directly to Elizabeth Holmes, took the witness stand for the second day.

He wanted to begin a "pilot project" or "proof of principle" with the machine to expedite its use with the armed forces. The technology, he said, could make a huge difference triaging war casualties.

According to an email presented by the prosecution, Holmes said she was "very close to activating our program." In another message she said, "This initiative is our small way of being able to serve and we will do whatever it takes to make it successful."

Theranos never engaged in a pilot project with Mattis and he retired from Central Command in 2013. Still intrigued by the company’s possibilities, he joined the board of directors that same year as an adviser on corporate culture, management and leadership.

That same year, he testified he received an email from Holmes saying "We have begun the launch." It described the rollout at Walgreens stores in Arizona and parts of California.

At his first board meeting in October 2013, Mattis testified that Holmes was running the show, boasting her Edison machine could conduct more than 2,000 blood tests offered by conventional lab testing only more accurately and cheaper.

He added that Holmes said Theranos was "comprehensively validated" by ten of the fifteen largest pharmaceutical companies.

"Seeing third party validation like this shows it wasn’t just Elizabeth talking about it. It was respected third parties," Mattis said. 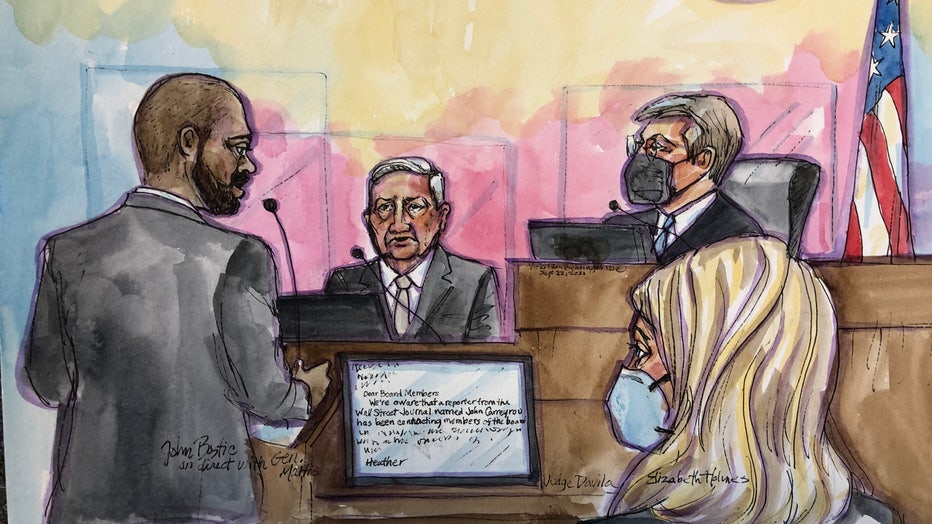 Asked by the prosecution whether he knew tests were being conducted on third-party analyzers, he replied, "That would have tempered my enthusiasm significantly."

When the Wall Street Journal published an article exposing Theranos’ failures, Mattis at first said he believed the technology was sound and that the company needed to protect its reputation.

Board member Dick Kovacevich wrote Holmes and the rest of the board asking whether blood tests were done on the Edison machine. Holmes replied in an email, saying that Theranos was transitioning from "traditional laboratory framework" to "FDA framework."

Mattis began to further lose faith in the company when credible third-party tests were never launched.

"There came a point when I didn’t know what to believe about Theranos anymore," he testified. 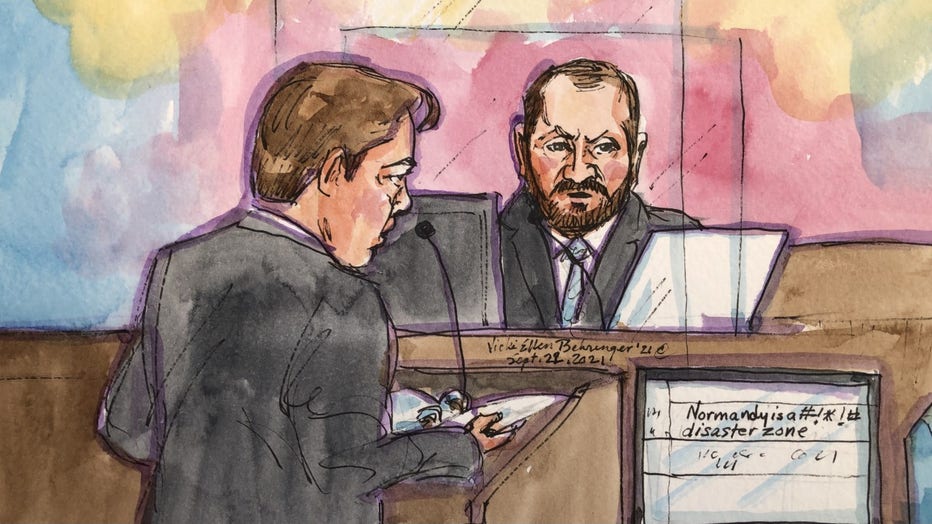 Mattis left the board in 2016 around the same time he was being vetted by the Trump administration for his future job as secretary of defense.

Under cross examination by defense attorney Kevin Downey, Mattis said he earned $150,000 a year serving on the Theranos board and earned another 500,000 stock options.

He conceded he knew very little about science in general and had no background on lab testing. Downey pressed him on how intricately he followed developments in the company and the nuances of getting FDA approval for complex blood assays.

"General Mattis seems to be the most important link they’re presented thus far -- there’s obviously a lot more to come," said Ellen Kreitzberg, a professor of law at Santa Clara University who sat in on Wednesday’s testimony.

She added, "What they’ve established though this witness is it appears he was given information that was factually inaccurate. The link the government still  has to make is he was given that information with the intent to defraud him."

The messages described trouble inside the company even as Holmes projected a successful face to the outside world.

In one message Balwani wrote: "Normandy lab is a disaster glad I came here will work on fixing this.

In anther he said, "We build software to remove human error and human judgement all day long I saw people using their judgement to work around these processes."

When Wall Street Journal reporter John Carreyrou planned to visit one of the Theranos centers in Arizona, Holmes texted Balwani, "WSJ guy might show up tomorrow."

To which Balwani replied, "We need tomorrow to test and then the team can push it into production tomorrow night."

She responded, "OK could do just for him only if he shows up."

Kreitzberg said both the prosecution and defense will ask the jury to interpret those communications in favor of their side.

"The nature of text messages is they are abbreviate, short cut communications that are up for a lot of different kinds of interpretation if you’re not the parties directly involved," she said.