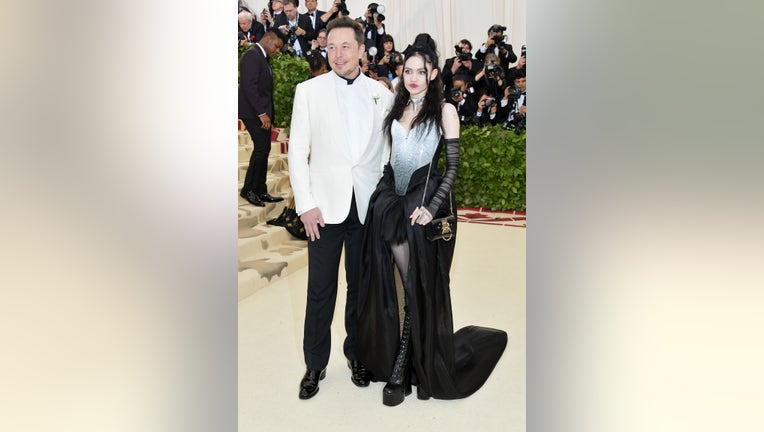 NEW YORK, NY - MAY 07: Elon Musk and Grimes attend the Heavenly Bodies: Fashion & The Catholic Imagination Costume Institute Gala at The Metropolitan Museum of Art on May 7, 2018 in New York City. (Photo by Neilson Barnard/Getty Images)

Elon Musk and his girlfriend Grimes have made a slight change to their newborn son’s unconventional name.

Earlier this month, the Tesla CEO, 48, and the singer, 32, left people scratching their heads when named their baby X Æ A-12.

On Sunday, Grimes was asked by a follower on Instagram if she had considered changing her child’s name, given that the moniker reportedly won’t be accepted by the state of California.

However, the performer didn’t provide further insight concerning the reason behind the change.

Family law attorney David Glass previously told People magazine that while the original name is technically legal, California only accepts the use of the 26 characters in the English language for baby names.

“Thus, you can’t have numbers, Roman numerals, accents, umlauts or other symbols or emojis,” he explained.

Glass also shared that if the baby’s birth certificate is submitted as is, it will certainly be rejected. The couple will then “have an opportunity to appeal the rejection of the birth certificate application, but it’s unlikely that it will be granted.”

Grimes, whose birth name is Claire Boucher, welcomed her son on May 4.

According to the outlet, the new mom previously took to Twitter and explained the X represents "the unknown variable” and "Æ, my elven spelling of Ai (love &/or Artificial intelligence).”

She also shared that part of the name is a tribute to the CIA’s Lockheed A-12 reconnaissance plane, which has “no weapons, no defenses, just speed. Great in battle, but non-violent.” As for the “A,” it represents “Archangel,” which is her “favorite song” and the number “12” represented the Chinese zodiac sign of the rat.

Grimes also told an Instagram user earlier this month that the way you would pronounce the name is “just X, like the letter X. Then A.I.”

But when Musk participated in a recent episode of “The Joe Rogan Experience” podcast, he said X is spoken “like the letter” while "the 'Æ' is pronounced like ‘ash.’”

He also claimed it was Grimes who “mostly came up with the name.” However, Musk said the A-12 addition was his idea as a nod to the Lockheed A-12.

Musk has five sons from a previous marriage, People magazine reported. His first son Nevada passed away at 10 weeks old in 2002 from SIDS.

This is the first child for Grimes.