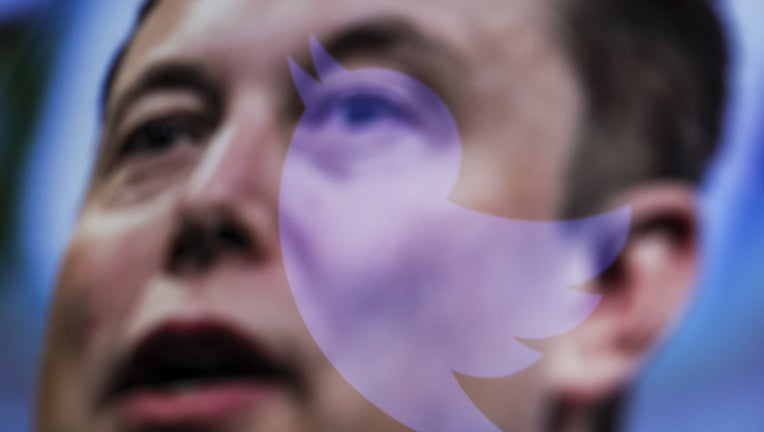 ANKARA, TURKIYE - OCTOBER 06: In this photo illustration, the image of Elon Musk is displayed on a computer screen and the logo of twitter is reflected in Ankara, Turkiye on October 06, 2022. Muhammed Selim Korkutata / Anadolu Agency

SAN FRANCISCO, Calif., - Elon Musk, Twitter's new owner, tweeted and then deleted an anti-LGBTQ conspiracy theory about the attack on Paul Pelosi, the husband of Speaker of the House, Nancy Pelosi.

Musk tweeted a link to an article full of unfounded claims about Paul Pelosi. Musk tweeted out the article in response to a tweet from former Secretary of State Hillary Clinton.

Clinton tweeted a link to a Los Angeles Times story about Pelosi’s alleged attacker. "The Republican Party and its mouthpieces now regularly spread hate and deranged conspiracy theories,' Clinton wrote. "It is shocking, but not surprising, that violence is the result. As citizens, we must hold them accountable for their words and the actions that follow."

In his tweet, Musk wrote, "There is a tiny possibility there might be more to this story than meets the eye," and linked to the article with baseless claims.

San Francisco District Attorney, Brooke Jenkins, held an impromptu press conference on Sunday, but said it was not in response to the Musk tweet and was instead meant to clear up misinformation.

The article Musk tweeted a link to suggested Pelosi may have known his alleged attacker.

"At this point in the investigation we have nothing to suggest that these two men knew each other prior to this incident," said Jenkins.

Musk's tweet was up for about seven hours before it was deleted it around 11 a.m. on Sunday. Prior to being deleted, Musk's tweet got over 28,000 retweets and 100,000 favorites.

Paul Pelosi was attacked with a hammer and suffered a fractured skull and serious injuries to his right arm and hands when an intruder broke into his and Nancy Pelosi's San Francisco home last week.

Since Musk bought Twitter days ago, fears have risen about how he will run the social media giant. Musk said he will loosen the rules about what speech is allowed on the platform.