San Francisco Police provided an update after a suspect broke into House Speaker Nancy Pelosi's San Francisco home and "violently assaulted" her husband with a hammer in a targeted attack, authorities said. San Francisco Police Chief Bill Scott identified the intruder as 42-year-old David DePape, who has been arrested. Paul Pelosi suffered a fractured skull and "serious injuries to his right arm and hands," according to Drew Hammill, spokesman for the House speaker. Authorities said it appears Pelosi was struck at least once. He underwent surgery at Zuckerberg San Francisco General Hospital that was successful, Hammill said. Police say the suspect was also hospitalized but would not go in further detail about his condition.

The man accused of attacking House Speaker Nancy Pelosi's husband carried zip ties with him when he broke into the couple's San Francisco home, according to a person briefed on the investigation, in what is the latest parallel to the Capitol riot of Jan. 6, 2021.

The person was not authorized to publicly discuss the Pelosi case and spoke to The Associated Press on condition of anonymity Sunday.

The attack on Democratic leader's 82-year-old husband, Paul Pelosi, less than two weeks before before the Nov. 8 election that will determine control of Congress was a jarring reminder of the nation’s toxic political climate.

Police said the suspect, identified as David DePape, 42, confronted Paul Pelosi in the family's Pacific Heights home early Friday and, the AP has reported, demanded to know, "Where is Nancy?" 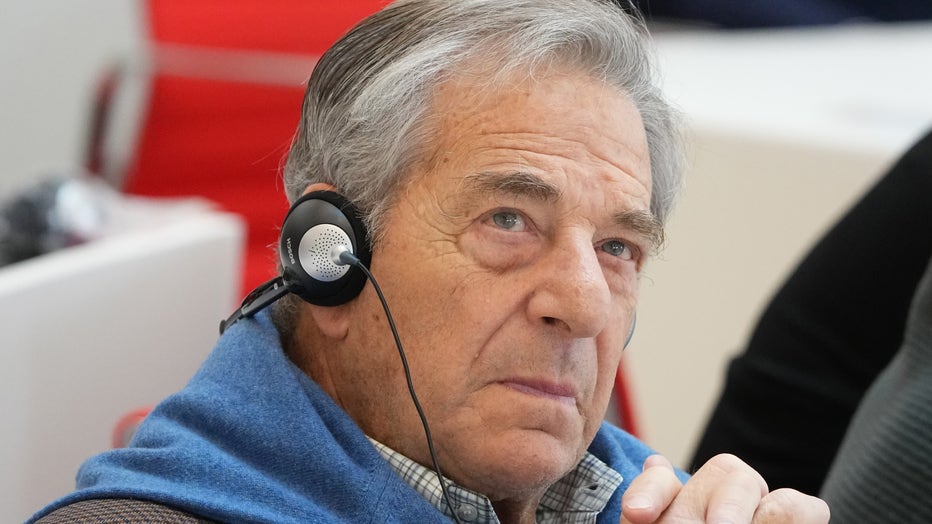 The two men struggled over a hammer before officers responding to a 911 call to the home saw DePape strike Paul Pelosi at least once, police said. DePape was arrested on suspicion of attempted murder, elder abuse and burglary. He is expected to be arraigned early in the coming weeks.

Eerie echoes of the Jan. 6 riot were apparent in the Paul Pelosi assault.

Rioters who swarmed the Capitol trying to overturn Joe Biden’s election victory over Donald Trump roamed the halls and shouted loud calls demanding "Where’s Nancy?" Some in the siege were seen inside the Capitol carrying zip ties.

The violent attack on a congressional leader's family comes as threats to lawmakers and other political officials are at all-time highs today. 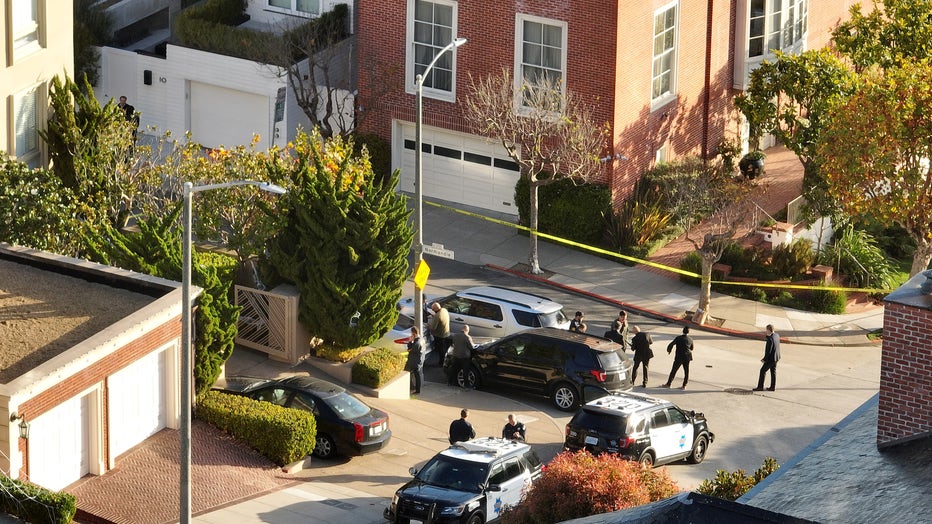 In an aerial view, San Francisco police officers and F.B.I. agents gather in front of the home of U.S. Speaker of the House Nancy Pelosi (D-CA) on October 28, 2022 in San Francisco, California.

Nancy Pelosi was in Washington when he husband was attacked. She soon returned to San Francisco, where he husband was hospitalized. He had surgery for a skull fracture, and suffered other injuries to his arms and hands, her office said.

"Our children, our grandchildren and I are heartbroken and traumatized by the life-threatening attack on our Pop," she said in a letter late Saturday to colleagues. "We are grateful for the quick response of law enforcement and emergency services, and for the life-saving medical care he is receiving."