Enjoy better air quality while you can, smoke may return this weekend

Much of the Bay Area had good air quality on Tuesday with blue skies visible. It’s welcome relief after a record stretch of unhealthy air.

SAN FRANCISCO - Much of the Bay Area had good air quality on Tuesday with blue skies visible. It’s welcome relief after a record stretch of unhealthy air.

The message from air quality officials on Tuesday night is to enjoy the good air while you can. In the coming days, there will be widespread relief before another system may roll in and bring back the smoke this weekend. 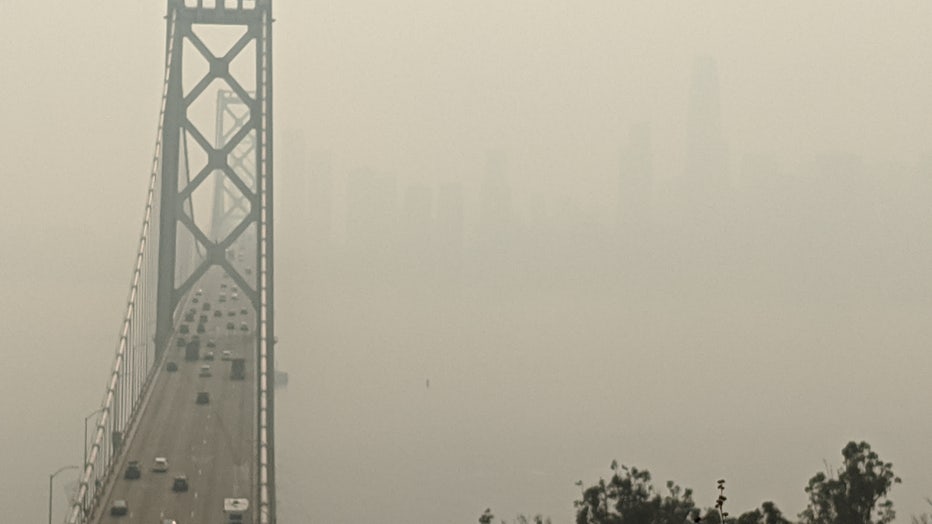 On Tuesday afternoon, the Golden Gate Bridge in San Francisco was once again recognizable.

“It’s nice,” said Pheara Neat of San Francisco. “It’s the best that it’s been for the past two to three weeks. It’s pretty clear.”

The iconic landmark and others in the city were shrouded in smoke after an unprecedented stretch of bad air. At one point, the sky turning an orange haze.

One San Francisco resident said it’s the first time he’s ridden his bike without a N95 mask. Another rider not only saw, but felt the difference.

One San Francisco resident said it’s the first time he’s ridden his bike without a N95 mask. Another rider not only saw, but felt the difference.

“This is the first time I feel like I’ve been able to see some blue sky in a little while,” said Ben Warfield of San Francisco. “I’m not feeling it in my lungs, back in the head with headaches.”

“We all woke up today and it was a great surprise we had such better air quality,” said Aaron Richardson of the Bay Area Air Quality Management District.

Richardson said strong onshore winds helped push smoke from the wildfires away from the Bay Area. Air quality readings vastly improved. Most of the Bay Area was back in the green with good air while parts of the South Bay and East Bay had moderate levels in yellow.

“The good news is that on Thursday and Friday we are expecting to see stronger onshore flow to flush the things out for a couple of days only perhaps,” said Richardson.

Air officials warn a shift in winds may mean the return of smoke-filled air come Saturday and Sunday.

At Sports Basement in San Francisco, hardly anyone has rented bikes or bought camping equipment due to the poor air quality. The store manager said business slightly improved on Tuesday and hopes sales will continue to pick up.

“We are already cooped up inside enough,” said Store Manager Zack Naour. “I think being outdoors is helpful for a lot of people especially during the pandemic.”