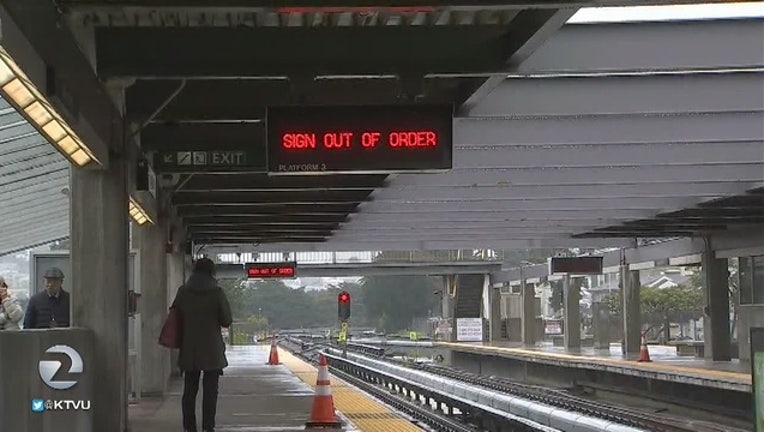 The computer network failure occurred at 2:45 a.m., according to BART Spokeswoman Alicia Trost. She said as a result, they did not have a way to route or power trains so BART did not open for regular service as scheduled. Trains did not run between 6:00 a.m. and 9:00 a.m. Saturday, affecting a couple hundred people.

Trost said staffers immediately went to work and performed a hard reset of more than 100 field systems to get the entire system up and running again. She said since the field resets took place, all train systems have run smoothly without failure.

“There was no maintenance being done on the system at the time of the failure,” Trost said. “Therefore, we know the cause wasn’t contributed to work being done overnight.”

Trost said they’ve determined the failure is software related and can be traced to one switch in a complex computer network. Cisco supplies the software that BART uses and Trost said that company is analyzing what happened to determine the root cause.

"Cisco is aware of the incident and is actively engaged to provide whatever additional support is required," the company said in a statement.

“BART staff is waiting for failure analysis results from Cisco to understand the exact cause of the failure,” she said. “Once we understand the exact cause we can determine any next steps needed.”
For any concerned riders, Trost said that all BART systems are designed to fail in safe mode. That means that if anything happens, trains will come to a stop and rider will be safe at all times.

BART said it plans to present preliminary information about what happened to the BART Board of Directors at their regularly scheduled meeting on Thursday.